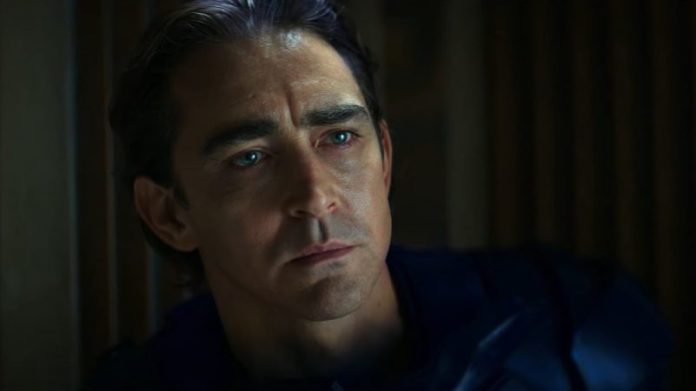 Apple TV++ has finally released the first official teaser trailer for the long-in-development series adaptation of Isaac Asimov’s iconic sci-fi book series Foundation, providing us with our first look at the main cast led by Lee Pace and Jared Harris. The high-scale is slated to make its debut in 2021. Also featuring a brief introduction from creator David Goyer, you can check out the video in the player below!

The series, based on the books that inspired films such as Star Wars, will “chronicle the thousand-year saga of The Foundation, a band of exiles who discover that the only way to save the Galactic Empire from destruction is to defy it.”

Foundation stars Lee Pace (Guardians of the Galaxy, Halt and Catch Fire) as Brother Day, the current Emperor of the Galaxy, and Jared Harris (Chernobyl, The Terror) who will play Hari Seldon, a mathematical genius who predicts the demise of the Galactic Empire. It will also feature Lou Llobell as Gaal, Leah Harvey as Salvor, Laura Birn as Demerzel, Terrence Mann as Brother Dusk, and Cassian Bilton as play Brother Dawn.

A production by Skydance Television, the 10-episode series is created by David Goyer and Josh Friedman with Goyer also serving as showrunner. Rupert Sanders (Snow White and the Huntsman) will direct. Friedman, David Ellison, Dana Goldberg, Marcy Ross, and Cameron Welsh are set as executive producers along with Asimov’s daughter, Robyn Asimov.

The books originally formed a trilogy (which also includes Foundation and Empire and Second Foundation), but Asimov wound up completing seven Foundation books before his passing in 1992.

Originally published as a series of eight short stories in Astounding Magazine beginning in 1942, Foundation offers a complex saga about humans who are scattered on planets throughout the galaxy, living under the rule of the Galactic Empire. A psycho-historian, who can scientifically read the future, sees an imminent empire collapse and sets to work preparing to save the knowledge of mankind.