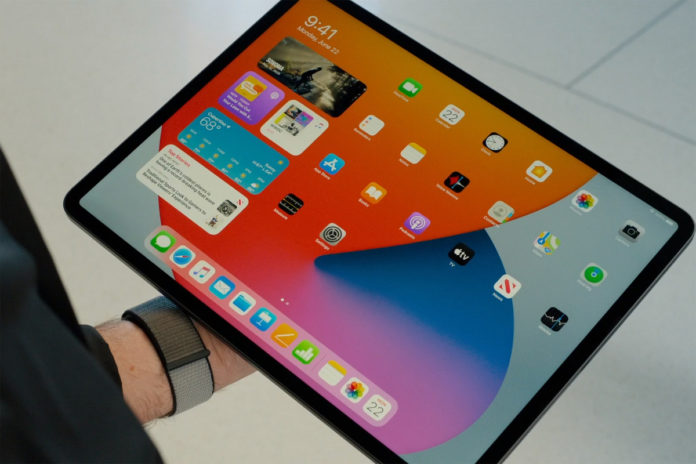 It’s been a year since Apple debuted a dedicated tablet OS and officially separated the iPad from the iPhone, but that was just the beginning. With iPadOS 14, Apple broke the mold and busted the iPad out of its iOS shackles with bold new features and new navigations that bring Apple’s tablet to new heights. In addition to enhancements to Safari, Maps, and Messages, iPadOS is getting some incredible new features of its own. Here are the highlights.

Apps are getting way better

Apps on the iPad always felt somewhat restrained by the limitations of iOS. iPadOS 14 breaks the chains once and for all with a design language that’s built specifically for the iPad. It starts with Apple’s own apps, but will quickly expand to your favorite third-party apps as well.

The changes aren’t revolutionary, but they will open up the SDK for powerful new functionality. For example, Apple demoed a new sidebar in Photos, Notes, and Files that lets your browse, organize, and drag-and-drop just like on your Mac. And toolbars have gotten an overhaul as well, with new controls and logical menus. Even Music has gotten a facelift with a new full-screen player, album art, and lyrics.

In iPadOS 13, searching is more of a chore than a benefit. It takes over the entire screen, is extremely limited in scope, and is just all-around slow, linking to apps rather than actually doing anything useful. But in iPadOS 14, searching will be more like it is on the Mac. For one, it has a new compact design that lets you start a search from anywhere—on the home screen or in an app—and doesn’t take over your whole screen.

But far more importantly, search has been completely rebuilt, and now it’s universal. You’ll be able to locate and launch apps, call contacts, search websites, get answers, and find just about anything on your iPad no matter where it is—or where you are.

Apple Pencil is no longer just for drawing

The Apple Pencil is a fantastic tool for illustrators on the iPad, but in iPadOS 14 it’s going to be great for writers too. Apple is enhancing its text capabilities with advanced handwriting recognition and conversion that treats your handwritten notes just like your typed ones.

Apple already has a handwriting recognition engine called Scribble on the Apple Watch and now it’s coming to the iPad. That will let you write inside any text field on your iPad, including the address bar in Safari, and automatically translate it to text. The same engine also lets you write in Notes and other apps and convert your words to text in real-time.

But it’s not just about text. When you draw a shape with your Apple Pencil, the system will recognize it and make it “geometrically perfect,” while data detectors can distinguish phone numbers, dates, and addresses in your own handwriting. You can also select words and sentences to move them or change the color, all in your personal handwriting. And the coolest feature of all: Scratch something out to delete it.

There are several new enhancements to Siri coming with iOS 14 and iPadOS 14 in the fall, but the one we care most about is the new interface. Just like on the iPhone, Siri will no longer take over the whole screen, but it’s a little different on the tablet. When Siri is summoned, it will appear in the lower right corner rather than the center of the screen, and it will remain in this scaled-back UI until you’re done. The same goes for calls, which are now simple notifications rather than full-screen takeovers.

Plus everything in iOS 14

Along with these tablet-specific features, the iPad is also getting all of the cool new features in iOS 14, including App Clips (which let you start using an app without downloading it); redesigned widgets (which are resizable and much nicer); and on-device dictation, which is speedier and more private than before. Add it all up and your iPad is about to get a whole lot more powerful and just plain more fun to use.

How to set up an Apple ID without a payment method

How to choose the best iPhone for kids