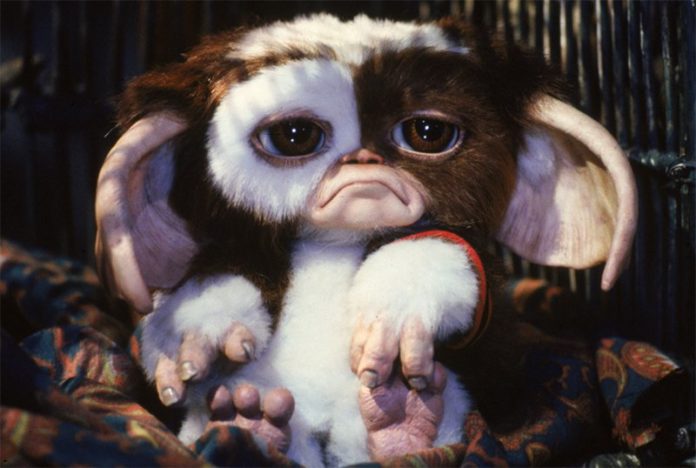 Thirty-six years ago this month, Joe Dante’s Gremlins invaded theaters and instantly upped the ante for big-budget monster mayhem. June 1990 saw the release of Gremlins 2: The New Batch, in which Dante took the concept in a wackier, more pop-culture-satirical direction. Over the three decades since, fans have been waiting for a return of cuddly little Gizmo and the hellacious creatures he inadvertently spawned, and while the animated prequel series Gremlins: Secrets of the Mogwai is coming from HBO Max, there was also another theatrical follow-up in the works for several years in the 2010s.

A key writer involved was Carl Ellsworth, who wrote Wes Craven’s airborne thriller Red Eye and co-scripted The Last House on the Left remake for Craven, as well as the hit Disturbia. With his latest genre exercise, the Russell Crowe-starring road-rage opus Unhinged, coming to theaters July 10, Ellsworth recalls his time on the mini-monster sequel, collaborating with the original film’s scriptwriter Chris Columbus. “The last time I touched it is now going on three years ago,” he says. “I was so excited to do it. I got the chance to work with Chris, and I loved the story we came up with. I’m so bummed that it hasn’t seen the light of day yet. What might have been, what could have been!”

RELATED: Joe Dante to Consult on HBO Max’s Gremlins: Secrets of the Mogwai

What could have been, he explains, was a sequel that returned to the horrific spirit of the ’84 film. Columbus’ initial Gremlins spec draft was a serious scare story with R-level mayhem, and even after it was toned down under producer Steven Spielberg’s supervision, the PG-rated result was graphic and frightening enough to help encourage the creation of the PG-13 rating. The new movie, Ellsworth says, “was thought of as a direct sequel mostly to the first film—not discounting the second one by any stretch, but I saw it as very much a passing-the-baton story, staying in the tone of the original. I think that helped get me the job: I said, ‘Yeah, there’s a lot of humor in the movie, helped by the classic Jerry Goldsmith score that gives us a license to laugh, but it’s first and foremost a horror movie.’ ” (Indeed, occasional screenings of an early cut of Gremlins during the last decade have revealed the power of Goldsmith’s music to soften some of the blows. In particular, the Gremlins’ Kentucky Harvester attack on the Futtermans in this version, without Goldsmith’s jaunty scoring, plays as truly unnerving.)

“These little creatures—what they’re really doing, they’re cold-blooded little murderers, you know?” Ellsworth continues. “They’re psychotic little creatures that are killing everybody. So that’s where it all started” when it came to writing the third film. “I tried to preserve the humor, but at the same time, I was starting with the
foundation of this being a horror movie, which I was really thrilled about.”

He wasn’t the only one anxious to be involved with a continuation of the Gremlins’ adventures. “I became friendly along the way with Zach Galligan, the original Billy Peltzer, and he was so eager to return to the role. He was excited, I guess, by the idea that he and Gizmo should be the equivalent of Han Solo and Chewie in Star
Wars: The Force Awakens. And he wasn’t too far off from where we were going.” In addition to bringing back Billy and Gizmo, Ellsworth adds, “There was, I believe, a smaller role for Billy’s girlfriend, played [in the first two movies] by Phoebe Cates. But Gizmo was at the very core of the story; it explored more of the mythology and the
history of the Gremlins.”

Sadly, there hasn’t been any news of forward motion on Gremlins 3 in the last few years. “It’s one of those situations where it fell through the cracks, or they couldn’t put it together—who knows what happened?” Ellsworth says. “You know, some things see the light of day and some things get shelved. I have no idea what they’re
doing with it nowadays, but I hope, as everybody does, that something happens, whether it’s with my script or somebody else’s. I wish they could have done something with it for the [first movie’s] 35th anniversary last year.”

In the meantime, as he awaits the release of Unhinged into reopening theaters on July 1, Ellsworth has been “on-again, off-again rewriting a thriller called Smart House for Lionsgate, which Alex Aja (Horns, Crawl) was attached to. We’ve kind of been going back and forth on it; it’s got James Wan as a producer, and he originated the story, which is about a smart house that goes bad and awful things ensue. So I’m waiting to hear on whether I’ll be continuing with that one; it’s been a process. And I’m also looking for the next thing—and trying to dream up the next thing, too.”