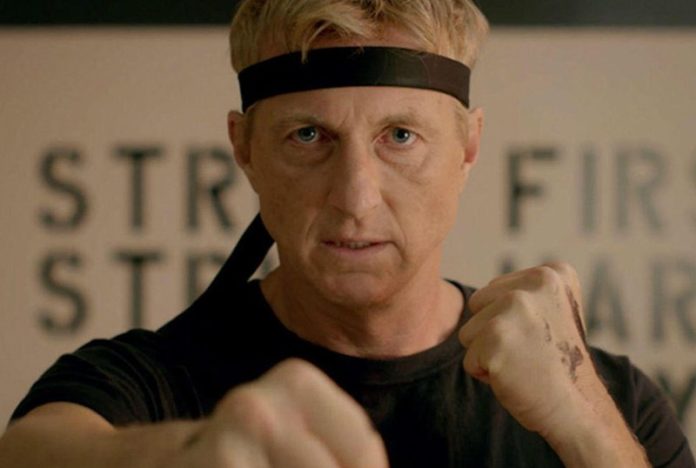 After announcing last month that the acclaimed drama would be searching for a new streaming home after two seasons on the video-sharing platform, Karate Kid sequel series Cobra Kai is heading to Netflix for its upcoming third season, according to Deadline.

Alongside landing the third season as a Netflix exclusive, the streaming platform has also acquired the rights to the first two seasons for non-exclusive streaming with plans for the first two seasons to air later this year followed by the third shortly after. When sources first began reporting of Sony Pictures TV shopping the series around last month, it had sparked a bidding war amongst all streaming services with Netflix and Hulu leading the pack before the former’s “financial commitment, massive subscriber base, global reach and passion” helped to close the deal.

Though the new deal is currently limited to Cobra Kai, sources report that Netflix and Sony TV are in talks regarding possible franchise expansion within the Karate Kid universe, as well as the option for potential future seasons of the series.

“The appeal of The Karate Kid saga is timeless, and Cobra Kai picks up right where it left off without missing a beat,” Brian Wright, VP, Original Series, Netflix, said in a statement. “The rivalry between Daniel and Johnny is one for the ages, and the show has a ton of heart and is a lot of fun. We can’t wait to introduce a new generation of fans to Cobra Kai and are thrilled to be its new home around the world.”

“We are so proud of Cobra Kai and are overwhelmed by the massive fan response to the series,” Jeff Frost, President of Sony Pictures Television, said in a statement. “Josh, Jon, Hayden, Ralph, William and the entire cast have done such a brilliant job with this sensational series and the huge audience reaction and sentiment for it is a testament to that. We are very thankful to our partners at Netflix and couldn’t be more elated that they have become the new home for this epic saga.”

In Cobra Kai, Ralph Macchio and William Zabka revisit their star-making roles from the iconic film franchise, The Karate Kid. The epic adversaries return to the dojo, thirty years after the events of the 1984 All Valley Karate Tournament. A down-and-out Johnny Lawrence (Zabka) seeks redemption by reopening the infamous Cobra Kai karate dojo, reigniting his rivalry with a now-successful Daniel LaRusso (Macchio), who has been struggling to maintain balance in his life without the guidance of his mentor, Mr. Miyagi.

YouTube officially renewed its critically-acclaimed martial arts drama series for a third season which is scheduled to premiere in 2020. The upcoming season will see Daniel LaRusso returning to Japan in order to continue to navigate through life without the mentorship of his Karate Kid sensei, Mr. Miyagi. LaRusso fought in Japan during the events of 1986’s The Karate Kid Part II.

The first season of Cobra Kai proved to be a strong success for the video service, with the first episode garnering over 50 million views within five months of airing and critics and audiences praising the series, awarding it the rare 100 percent “Certified Fresh” rating on Rotten Tomatoes. The second season also opened with a record-breaking premiere and received highly strong reviews from critics, currently sitting at an 88 percent approval rating from critics on Rotten Tomatoes.