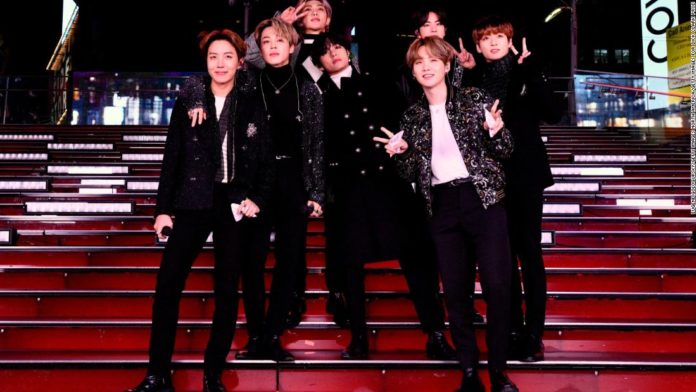 The donation by the Korean pop superstars and their management company was made to Live Nation’s charity campaign, Crew Nation, which helps live show staffers who are out of work due to canceled events.
Live Nation launched Crew Nation in March with initial donations of $10 million to help over 1,000 concert crew members. Some were scheduled to work on the BTS “Map of the Soul” Tour, which was postponed in April.
“If it weren’t for COVID-19, we would have been happily touring across the world with many of our live concert crews by now,” the K-pop superstars said in a statement. “We are aware that a lot of communities need help due to COVID-19, and we wanted to support the music industry crews by making a donation. We hope to meet again on stage very soon.”
The donation comes after BTS donated $1 million to Black Lives Matter.
Recently, the group’s “Bang Bang Con: The Live” drew 756,000 fans to the paid concert live stream.