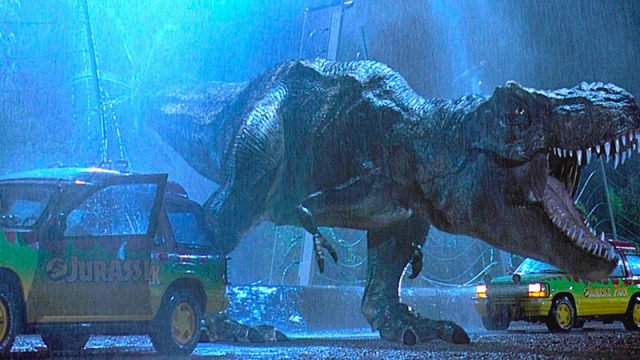 This is kind of fun. According to Deadline, it was Steven Spielberg v Steven Spielberg at the box office as two of the director’s most popular films Jurassic Park and Jaws went neck and neck over Father’s Day weekend. The dinosaur epic ultimately ruled the day with $517,600 at 230 theater locations, while Jaws brought in roughly $516,300 at 187 locations.

The numbers were a marked improvement over last week’s competitors, Invisible Man and Trolls World Tour, which brought in $383,000 and $275,700, respectively.

The last time Jurassic Park was #1 at the box office was way back during its initial release in the glorious summer of 1993 — when times were, ah, much simpler. The Dino pic stayed at No. 1 for its first three weeks before getting knocked off its perch by Clint Eastwood’s In the Line of Fire. Jurassic Park 3D opened in the theaters on April 5, 2013, coming in at #4 domestically with $18.2 million.

Jaws remained No. 1 at the box office for 14 straight weeks, according to The Hollywood Reporter, and became the first film to gross over $100 million at the domestic box office.

Still, while its cool to see Spielberg back on top once more, the box office numbers overall are still quite depressing to look at. When’s the last time you saw a Top 10 box office chart fail to record a single film breaking the $1 million mark? It’s very eerie.