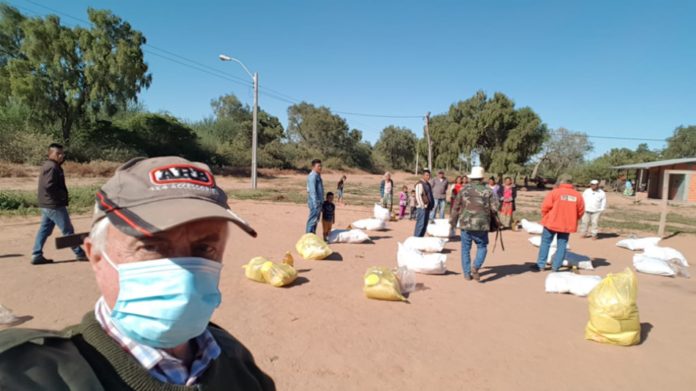 In his letter, Member of the FIA Closed Road Commission and managing partner in the CODASUR championship and Touring & Automobile Club Paraguay Francisco Peroni, talks about the exceptional solidarity experienced among the motor sport community in Paraguay in the wake of the Covid-19 crisis.

“In Paraguay, we started this year with great hopes and prospects: the FIA confirmed to our ASN that we could run the 33rd edition of Rally Trans Itapúa, opening round of the FIA CODASUR Rally Championship, as a candidate event for the FIA World Rally Championship,” Peroni wrote.

“With the spread of the Covid-19 pandemic however, our government as the first in America declared mandatory isolation, the closure of borders, commerce, schools and churches on March 13, just a few weeks before the date of the event.

“Total isolation imposed in a country with fragile sanitary structure prevented hundreds of families with vulnerable socio-economic level from generating income and feeding their families.

“Together with organising clubs, drivers and supporters, our ASN launched a solidarity campaign under the motto “motor sport embraced against Covid-19” to provide food to families in need. A special focus was given to the far-northern native communities from the wild Paraguayan Chaco region, where Rally Trans Chaco has traditionally been held for almost fifty years.

“Aided by members of the Sporting Commission and with the active support of volunteers in the field, the Club contributed to organising logistics, taking all preventive sanitary measures for the transfer of the supplies. Over 15,000 kilos of goods were donated and split into 35 kilos of food and 5 liters of oil for each family from the indigenous communities.

“Mr Edgar Molas, President of the Sporting Commission said: ‘The group embraced against Covid-19 was formed by drivers, teams, volunteers and rally fans – all of those who love rally and wanted to help the native communities in the Chaco region.’

“By essence, rally events bring cars and drivers next to people’s homes and use public roads. In these difficult times of health emergency, the motor sport community felt the duty to show solidarity and bring their support to those regions. Subsequently, several motor sport clubs around the country joined the initiative, providing help to hundreds of other families in need across their communities.

“During the isolation period, Digital Motor Sport has also developed a lot in our country. The ASN, in cooperation with the FIA’s Formula E & Innovative Sport Activities Department and our local motor sport promoter, has launched a National Digital Rally Championship on national TV. The competition platform open to all – women, men, disabled drivers – enables players to take part in a thoroughly controlled and safe environment under the motto: “The challenge: the cars are digital, the competition is real.”

“We share a goal and a mission, and we will accomplish it. We will push on and start to dream again that, once the country and communities are safe and healthy in a near future, we will be able to achieve Paraguay’s longstanding dream of hosting a WRC event.”

“Until then, vestigia nulla retrorsum!*”

Francisco Peroni
Is a lawyer and a Member of the FIA Closed Road Commission, TACPy Board of Directors, National Sporting Commission and a National Steward.