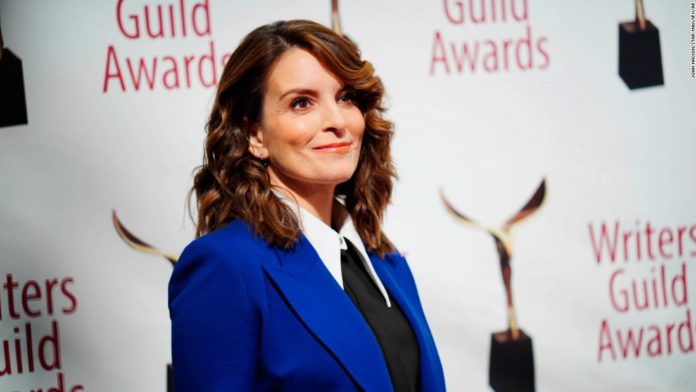 Fey apologized for the episodes and the “pain they have caused,” according to a letter Fey wrote to streaming services.
The letter was first obtained by Vulture and confirmed to CNN through NBCUniversal and Fey’s agent.
“As we strive to do the work and do better in regards to race in America, we believe that these episodes featuring actors in race-changing makeup are best taken out of circulation,” she said. “I understand now that intent is not a free pass for White people to use these images.”
The episodes set to be pulled include Season 3, Episode 2; Season 5, Episode 4; Season 5, Episode 10 and Season 6, Episode 19, according to NBCUniversal. Two of them feature Jane Krakowski, who is white, in blackface, and Jon Hamm appears in blackface in another, Vulture reported. Some of them have been pulled from Hulu and Amazon, and some of the episodes are still available for purchase on YouTube as of Tuesday.
CNN has reached out to representatives for Krakowski and Hamm for comment and is waiting to hear back.
“Going forward, no comedy-loving kid needs to stumble on these tropes and be stung by their ugliness,” Fey said. “I thank NBCUniversal for honoring this request.”
“30 Rock,” which ran from 2006 to 2013, was critically lauded throughout its run and earned 103 Emmy nominations, winning 16. But even during its run and after it hit streaming services, the show was accused of perpetuating stereotypes, particularly through characters like Tracy Jordan, played by Black comedian Tracy Morgan.
Fey’s recent Netflix endeavor, “The Unbreakable Kimmy Schmidt,” was criticized for casting Krakowski, who’s White, as a Native American character who occasionally appeared in brownface.
“30 Rock” is slated to stream on NBC’s upcoming Peacock streaming service.

Blackface originated in minstrel shows in the mid-19th century, when White actors would paint their faces with shoe polish or burnt cork to play caricatures of Black Americans, usually for the entertainment of a White audience.
But the old racist tradition is still a controversial part of contemporary comedy. Jimmy Fallon’s blackface portrayal of Chris Rock on “Saturday Night Live” in 2000 made the rounds again earlier this year, while Jimmy Kimmel’s blackface impression of NBA player Karl Malone resurfaced last year.
Entering the “30 Rock” discourse on Twitter, film critic and writer Karina Longworth tweeted an excerpt of “Birth of an Industry,” a historic analysis of blackface in entertainment that uses “30 Rock” as an example.
In it, Nicholas Sammond, the film scholar who wrote the analysis, said that the election of a Black president “somehow generated permission for media producers to more freely express racist stereotypes and sentiments under the dictum that a forthright acknowledgement of racism also provides for its ironic absolution.”
In other words, using blackface to lampoon racism usually ends up being racist, too.
“30 Rock” is just the latest celebrated piece of entertainment that’s come under renewed scrutiny as the US reckons with racism in art, among other things.
HBO Max pulled “Gone with the Wind” from its service until it could be re-released with “historical context” about the film’s portrayal of slaves and the Civil War South. (HBO, like CNN, is owned by WarnerMedia.) Netflix recently pulled several British comedy series for repeatedly featuring White characters in blackface.