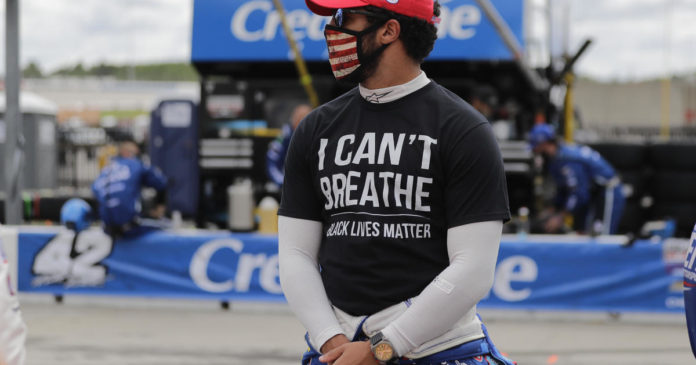 The FBI on Tuesday said the noose discovered in NASCAR driver Bubba Wallace’s garage over the weekend had been there since October 2019 and announced that no crime was committed.

In a joint statement, U.S. Attorney Jay E. Town and FBI Special Agent in Charge Johnnie Sharp, Jr. said: “Although the noose is now known to have been in garage number 4 in 2019, nobody could have known Mr. Wallace would be assigned to garage number 4 last week.”

The noose was discovered Sunday in Wallace’s team’s stall before the NASCAR Cup Series GEICO 500 at Talladega Superspeedway. Wallace is the only black full-time driver in NASCAR and helped lead the push to ban the Confederate flag from the organization’s future events.

In a statement, NASCAR said, “We appreciate the FBI’s quick and thorough investigation and are thankful to learn that this was not an intentional, racist act against Bubba.”

Prior to the race, which was held Monday after a rain delay, fellow drivers and team members helped push Wallace’s car to the front of the track.

Before the race, Jimmie Johnson explained the gesture. “As everybody knows, this is such a big family in the garage area, and the news really has disturbed us all. We want justice, in a sense, and we want to know who and why,” Johnson said. “Until all those [questions] are answered, we want to stand with our friend. We want to stand with Bubba.”