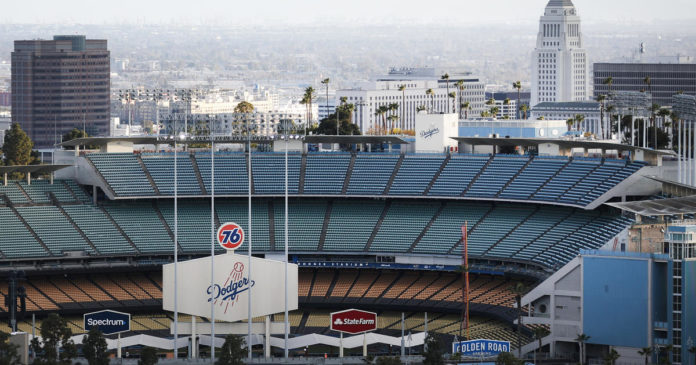 Major League Baseball issued a 60-game schedule Tuesday night that will start July 23 or 24 in empty ballparks, as the sport tries to push ahead amid the coronavirus pandemic. Players will report for training camp by July 1, the league said.

Teams are scheduled to make only one trip to each city they visit in MLB’s shortest season since 1878. Teams are also expected to train at the ballparks where they play their home games.

In addition to the shortened season, a number of rule changes will also be put in place. In a twist, the sides expanded the designated hitter to games involving National League teams, and will now start extra innings with a runner on second base.

The number of playoff teams will remain at 10, though that could still change.

The trade deadline will be August 31 and the deadline for postseason eligibility is September 15.

Active rosters will be 30 during the first two weeks of the season, 28 during the second two weeks and 26 after that. Rosters will not expand to 28 on September 1, as originally intended this year.

With no minor leagues, teams would be allowed to retain 60 players each, including a taxi squad. Up to three players from the taxi squad can travel with a team to a game, and one of the three must be a catcher.

MLB is keeping the innovation of the three-batter minimum for pitchers, meaning that a pitcher cannot be replaced unless they face three batters or finish half the inning. The league also decided to keep the injured list minimum for pitchers at 10 days rather than revert to 15, as initially intended.

The 2020 season was originally scheduled to begin March 26, but training camp was canceled and the season postponed on March 12.