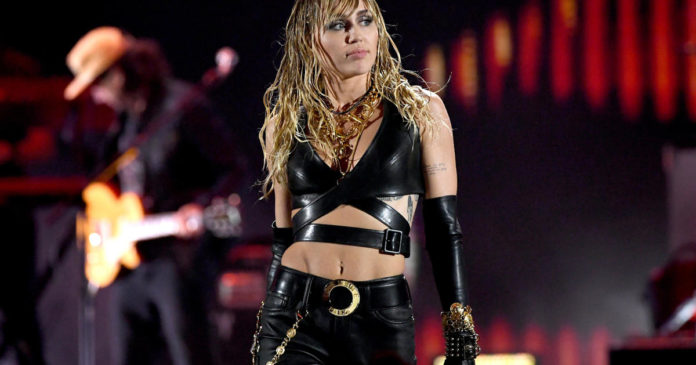 Miley Cyrus revealed this week that she has been sober for the past six months. In an interview with Variety on Tuesday, the pop star said she has struggled with the “stigma” around sobriety and youth.

Speaking on The Big Ticket podcast, Cyrus said she decided to quit drugs following a surgery on her vocal cords last November. “It’s been really important for me over the last year living a sober lifestyle, because I really wanted to polish up my craft,” the 27-year-old said.

Cyrus said that while researching her family tree, she found a history of addiction and mental health issues. She opened up about her mother’s adoption and her grandparents’ divorce — and how those events have affected her.

“So just going through that and asking, ‘Why am I the way that I am?’ By understanding the past, we understand the present and the future much more clearly,” Cyrus said. “I think therapy is great.”

The singer-actress has been open about smoking marijuana in the past. She joked that she loves to send an interview to her parents, who are “big stoners,” in which she says, “Anyone that smokes weed is a dummy.”

While she explained that the surgery has been a blessing in disguise, Cyrus also said that she’s struggled with the judgment she’s received since being sober.

“It’s really hard because especially being young, there’s that stigma of ‘you’re no fun,'” she said. “It’s like, ‘Honey, you can call me a lot of things, but I know that I’m fun.'”