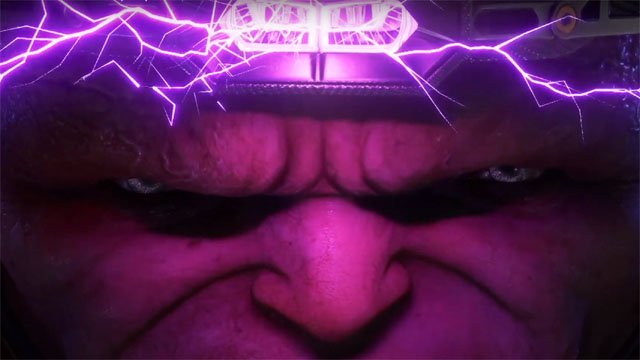 Within the trailer, M.O.D.O.K. first appears as his human self, George Tarleton. He is also a key figure behind the imprisonment and experimentation on the Inhumans. Kamala Khan, an Inhuman who recently discovered her powers, is forced to listen to Tarleton’s attempt to recruit her. Instead, the future Ms. Marvel makes her escape and gives the Avengers proof that AIM split them apart.

Regardless, Kamala’s attempt to reunite the Avengers doesn’t go smoothly. Case in point: an argument between Bruce Banner and Tony Stark turns into a Hulk vs. Iron Man fight.

RELATED: Marvel’s Avengers is Coming To PS5 As a Free Upgrade

Additionally, the trailer reveals that the Hulk’s longtime foe, the Abomination, has been recruited to AIM. However, the biggest moment comes after Tarleton’s transformation into M.O.D.O.K., aka Mechanized Organism Designed Only for Killing.

Marvel’s Avengers will hit PS4, PS5, Xbox One, Stadia, and PC on September 4. You can pre-order your copy here!

Will you be taking advantage of the free upgrade? Let us know in the comment section and also check out the Co-op War Zones trailer and the extended gameplay footage below!