Home Culture HBO is bringing back “Gone with the Wind” 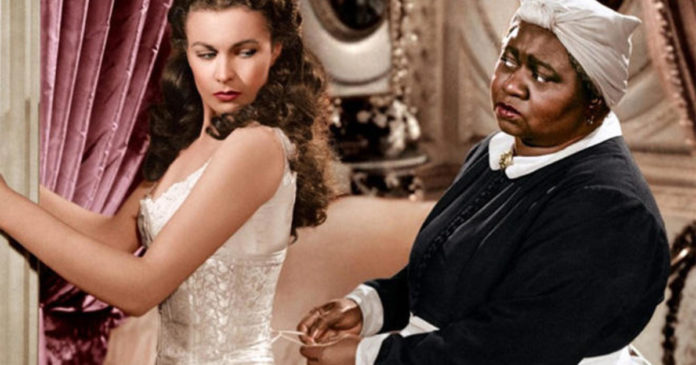 Two weeks after removing “Gone with the Wind” from its platform, HBO Max has brought back the Civil War film. But this time, there’s a disclaimer acknowledging that “The film’s treatment of this world through a lens of nostalgia denies the horrors of slavery, as well as its legacies of racial inequality.”

The disclaimer has two video parts, according to Variety. In one clip, African American cinema expert and Turner Classic Movies host Jacqueline Stewart contextualizes the movie. In another, viewers can watch a panel discussion, “The complicated legacy of ‘Gone with the Wind,'” from a 2019 TCM Classic Film Festival.

In her clip, Stewart explains that the nearly four-hour film depicts “the antebellum South as a world of grace and beauty without acknowledging the brutalities of the system of chattel slavery, upon which this world is based.”

“It is not only a major document of Hollywood’s racist practices of the past, but also an enduring work of popular culture that speaks directly to the racial inequalities that persist in media and society today,” Stewart explained.

The highly-acclaimed 1939 film revolves around a romance between the daughter of a southern plantation owner and a wealthy man during the Civil War. Many have said that the movie romanticized the racism that black individuals faced during that time.

One of the main sources of controversy has been the role of “Mammy,” a black slave who lived in Scarlett O’Hara’s household. Many have criticized the role, played by award-winning actress Hattie McDaniel, for depicting slavery as a positive force.

Stewart said in her disclaimer that “Gone with the Wind” reinforces a particular stereotype: “Servants notable for their devotion to their white masters or for their ineptitude.”

The night McDaniel won an Oscar for the role, she was forced to sit in the back of the room, next to the kitchen.

Ongoing racial injustice protests worldwide fueled calls for the film’s removal. Those calls grew after “12 Years a Slave” screenwriter John Ridley wrote an op-ed in the Los Angeles Times saying the movie “perpetuates some of the most painful stereotypes of people of color.”

HBO Max temporarily removed the film on June 10, writing, “These racist depictions were wrong then and are wrong today.”

“‘Gone with the Wind’ is a product of its time and depicts some of the ethnic and racial prejudices that have, unfortunately, been commonplace in American Society,” HBO Max said in a statement when the film was removed. “…we felt that to keep this title up without an explanation and a denouncement of those depictions would be irresponsible.”

“These depictions are certainly counter to WarnerMedia’s values, so when we return the film to HBO Max, it will return with a discussion of its historical context and a denouncement of those very depictions, but will be presented as it was originally created, because to do otherwise would be the same as claiming these prejudices never existed,” the statement added. “If we are to create a more just, equitable and inclusive future, we must first acknowledge and understand our history.”