Home Lifestyle The 12 Summer Hairstyles to Try This Season 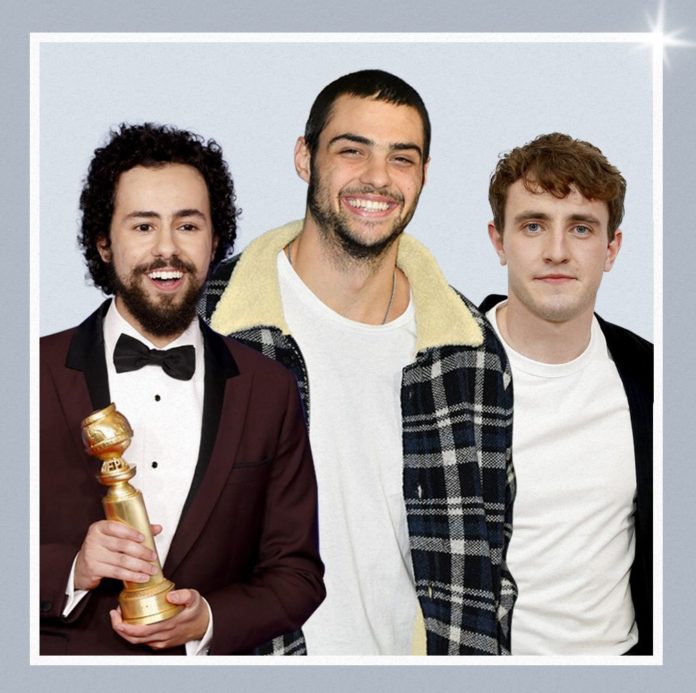 Even if it doesn’t feel like it, a few days ago marked the official start of summer and I, for one, am real conflicted about it. One the one hand, there’s very little doubt that this summer will be like no other before it. On the other, I’m dead set on making this summer as similar to any others as is safe, and that includes getting a much-needed inaugural warm-weather cut. Depending on where you are, barbershops are tentatively starting to reopen and thousands—millions?—of men across the country, hornt-up on the idea of feeling the cool touch of the barber’s blade once again, are lining up (sometimes literally!) to get that sweet, sweet summer touch-up.

My barbershop sent out an email early Monday afternoon letting its loyal customers know it’d be back in business the following week and within, like, half an hour the first two weeks of appointments were fully booked. I kid you not. Shit sold out faster than a Supreme drop. Your boy had to settle for a non-optimal late Saturday slot because beggars really can’t be choosers. It’s wild out here.

Whether you’re looking for a reference picture to take to your upcoming appointment (you lucky bastard, you) or need some inspiration on how to style your increasingly out-of-control mane, you’ve come to the right place. Because all this time in between haircuts means I had nothing to do but compile references galore in preparation for this day, and I couldn’t be more ready to share them with you. Let’s get it.

As modeled by: Dwayne “The Rock” Johnson

If you’re on the fence about shaving it all off, know this: There’s most definitely a right way to do it. And who knows? If you can pull it off half as well as this dude you’re in real solid shape.

As modeled by: Drake

A buzz fade combines two of the most heat-friendly styles around into one ultra-warm-weather-appropriate (and easy to manage) cut.

As modeled by: Noah Centineo

If you want a tad more volume on top but are looking to avoid hair that feels too heavy, a grown-out buzz is an easy way to keep your coiffure manageably short while staying a few steps above fully shorn.

As modeled by: Idris Elba

A skin fade—the edgier younger cousin of the buzz fade, if you will—is an even shorter take on the style that ends in a whole lot of exposed skin, and not much else, from about the temples down. It’s as clean a look as they come.

As modeled by: Nicholas Hoult

If a pompadour is too much lift for you, a textured fade offers a slightly more pared-down approach with a similar feel. Leaving the length shorter on top means it can still be styled when necessary but is a little less intense (and calls for way less upkeep).

The High and Not-So Tight

As modeled by: Zayn Malik

The high and tight is a warm-weather classic and always will be. But the style’s less-cropped alternative, with way more volume up top, is significantly less severe and feels especially suited to this peculiar moment.

As modeled by: David Beckham

Let’s be honest here: There are very few hairstyles David Beckham can’t pull off (and, to his credit, he’s tried almost all of ’em). If you happen to be as follicularly blessed as Becks, you can get away with some serious heft even in the hotter months. All you have to do is keep the sides short and use a little product every now and then to make sure your mane stays looking fresh.

As modeled by: Brooklyn Beckham

Long hair, when done right, can definitely be a warm-weather swerve. If you found yourself sort of digging where your hair’s at after months of foregoing regular trips to the barber, make like the younger Beckham here and and leave it as is. (And then invest in a few rings while you’re at it.)

As modeled by: Ramy Youssef

Another longer style, this time specifically for the curly-haired men among us. If you’ve got the flow for it, fully embrace the look like Ramy Youssef here and and then never think twice about going long again. Sure, it’s a style that’s got a bit more weight to it, but locks this luscious are a terrible thing to waste.

As modeled by: Joe Jonas

For guys with hair that has some texture to it—I’m looking at you, you blissfully mop-topped bastards—opt for a longer riff on the French crop. Add a touch of low-hold mousse in the morning and you’ll be more than set for the day.

As modeled by: Paul Mescal

The medium fringe is a similarly solid look for dudes with a bit of body to their hair. Slightly shorter on the sides, but with the same amount of weight on top, this style is equally hands-off—like an intentionally mussed take on bedhead.

The (Almost) Even All Around

As modeled by: Lakeith Stanfield

Stanfield’s hair has been longer than this in the past, but there’s something especially easygoing about the way he’s rocking it here. At basically the same length all around (with just a little more length up top), his cut is ideal if you don’t want to spend hours in front of the mirror each morning, and will allow you to stay comfortable with minimal fuss as the mercury rises.