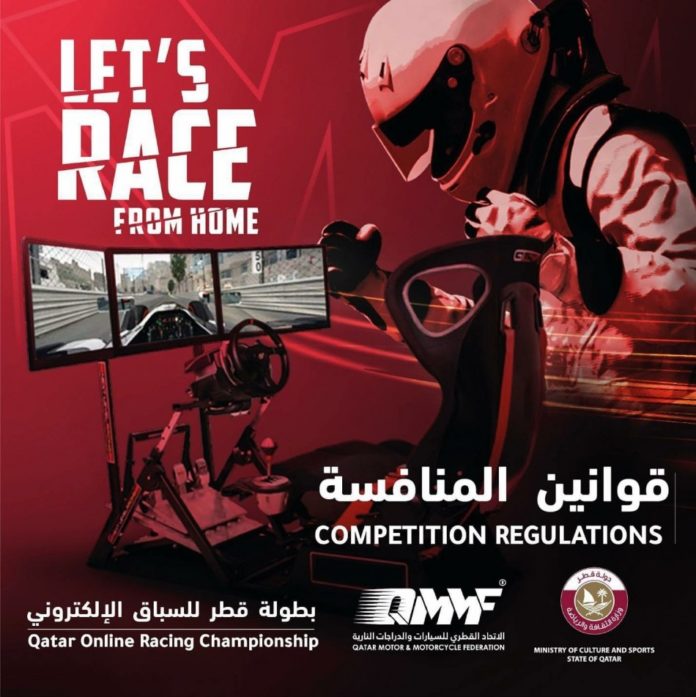 National Motor Sport Federations have been extremely responsive to the FIA’s #RaceAtHome programme, which is principally aimed at them and which seeks to support the federations in launching Digital Motor Sport initiatives around a shared philosophy.

Many organisations and governing bodies, spurred into action by the current situation related to the COVID-19 pandemic, have taken advantage of the enforced temporary break in conventional racing to launch several national sim racing series. Their aim is to capture a new audience through this rapidly expanding discipline, especially among young people, and raise awareness of this low-cost form of motor sport, given the relatively modest initial investment (steering wheel, pedal unit, etc.).

This has been the case in the Middle East, where the national federations of Bahrain, the United Arab Emirates and Qatar have enthusiastically launched their own competitions: Bahrain Esport Gran Turismo Championship 2020, EMSO Digital Motor Sport Summer Series and Qatar Online Racing Championship 2020.

Based on the successful FIA Certified Gran Turismo Championships, which are already in their third year, they all use the Gran Turismo Sport game for Playstation 4, offering gamers an affordable and easy way into the sport. Limited to residents/local citizens but involving no entry fees in order to ensure anyone can take part, the series have been hugely popular.

In Qatar, for example, where the initiative kicked off on 5 April, the forty-five places available were snatched up in just three hours! Similarly, in Bahrain, forty-eight contestants took part in pre-qualifying events whilst the United Arab Emirates set the maximum number of participants at forty-eight.

The Federations encouraged competition by offering prize money to the leading performers (Bahrain, Qatar), whilst also paying particular attention to promoting the races. For example, Qatar broadcasted the races live on YouTube. All of which clearly suggests that Digital Motor Sport is carving out a place for itself in the world of motor sport as a standalone discipline.