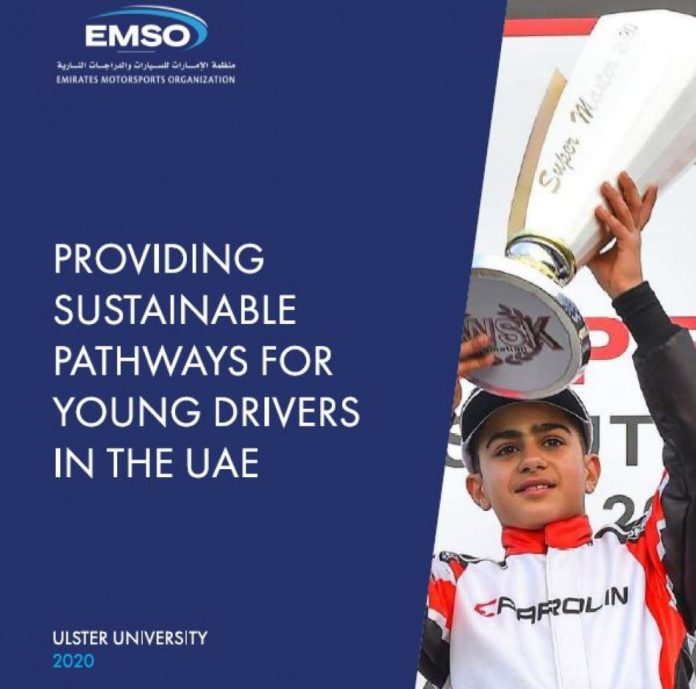 Motor sport must adopt a new approach to the task of safeguarding its future, using its biggest events more effectively, and developing role models, to attract new generation of competitors, reveals a study commissioned by the Emirates Motorsports Organization.

The report lays out a unique motor sport talent development model. As motor sport’s world governing bodies seek new ways to draw people into the sport, the study says their member clubs and organisations worldwide must play a lead role in providing sustainable pathways for competitors, from participation through to excellence.

The key to their success will be to ensure that any young person, irrespective of their background or ability to pay, has the opportunity to maximise their talents as a driver.
The most gifted should be empowered to achieve success at the very pinnacle of the sport regardless of background, where they live or their personal circumstances.

“This is what we need more than ever right now,” said Mohammed Ben Sulayem, President of the United Arab Emirates, National Sporting Authority. “We cannot go back to the pre-crisis status quo. We must push forward and relaunch motor sport with fresh ideas to attract, and cater to, new drivers and fans.”

The study says, while major events like a Formula 1 Grand Prix should be a catalyst for motor sport development in host countries, there is a danger that they become a distraction from the real business of building the sport. Despite their being a link between F1 events and increased participation, this does not happen without a plan.

Young motor sport enthusiasts require a role model, and a realignment of priorities is necessary to get more people involved and safeguard the sport’s sustainability over the medium to long term.
The study was conducted by Professor David Hassan, Associate Dean at Ulster University in the UK and one of the world’s leading experts in sport management, who worked with a research team in the UAE to deliver his findings.

EMSO has already taken first steps towards encouraging a new generation of competitors to get involved in motor sport, by recently launching the UAE’s first official Digital Motor Sport competition.
The EMSO is also assigned by the study to establish a national Talent Development Commission, working as a pan-motor sport ‘umbrella’ body to identify, support and promote young competitors. Working with the FIA, the EMSO is also tasked to lead motor sport authorities across the MENA region in working towards a common goal of achieving a global standing in driver development.

Another report recommendation is that the EMSO undertakes an internal audit, reviewed twice annually, of its state of readiness to support up and coming drivers. This would be based on the nine-point SPLISS (Sport Policy factors Leading to International Sporting Success) model used to assess elite sport systems across Europe over the last decade.