Home World How the 1% are preparing for the apocalypse 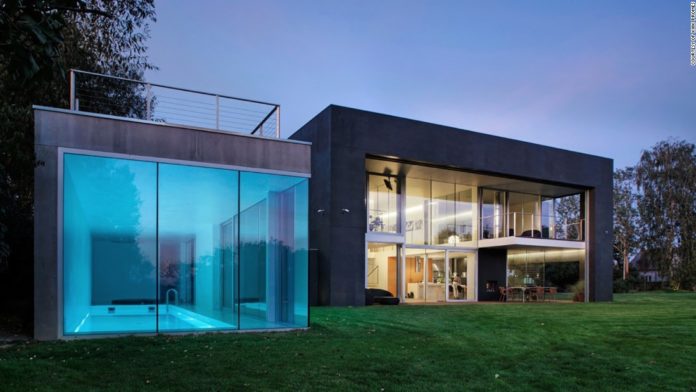 Say “doomsday bunker” and most people would imagine a concrete room filled with cots and canned goods.

The threat of global annihilation may feel as present as it did during the Cold War, but today’s high-security shelters could not be more different from their 20th-century counterparts.

A number of companies around the world are meeting a growing demand for structures that protect from any risk, whether it’s a global pandemic, an asteroid, or World War III — while also delivering luxurious amenities.

“Your father or grandfather’s bunker was not very comfortable,” says Robert Vicino, a real estate entrepreneur and CEO of Vivos, a company he founded that builds and manages high-end shelters around the world.

“They were gray. They were metal, like a ship or something military. And the truth is mankind cannot survive long-term in such a Spartan, bleak environment.”

Planned amenities include a pool and an underground garden that features simulated natural light. Credit: Courtesy of the Oppidum

Many of the world’s elite, including hedge fund managers, sports stars and tech executives (Bill Gates is rumored to have bunkers at all his properties) have chosen to design their own secret shelters to house their families and staff.

The company’s plate steel bunkers, which are designed to last for generations, can hold a minimum of one year’s worth of food per resident and withstand earthquakes.

But while some want to bunker down alone, others prefer to ride out the apocalypse in a community setting that offers an experience a bit closer to the real world.

A secret bunker in South-East London, built to protect key government employees during a nuclear winter, has been transformed into a $4 million luxury residence. Credit: JDM estate agents

Developers of community shelters like these often acquire decommissioned military bunkers and missile silos built by the United States or Soviet governments — sites that would cost hundreds of millions of dollars to build today.

Most include food supplies for a year or more, and many have hydroponic gardens to supplement the rations. The developers also work to create well-rounded communities with a range of skills necessary for long-term survival, from doctors to teachers.

Vicino says Vivos received a flurry of interest in its shelters around the 2016 election from both liberals and conservatives, and completely sold out of spaces in its community shelters in the past few weeks.

One of those shelters, Vivos xPoint, is near the Black Hills of South Dakota, and consists of 575 military bunkers that served as an Army Munitions Depot until 1967.

Presently being converted into a facility that will accommodate about 5,000 people, the interiors of each bunker are outfitted by the owners at a cost of between $25,000 to $200,000 each. The price depends on whether they want a minimalist space or a home with high-end finishes.

The compound itself will be equipped with all the comforts of a small town, including a community theater, classrooms, hydroponic gardens, a medical clinic, a spa and a gym.

For clients looking for something further afield and more luxurious, the company also offers Vivos Europa One, billed as a “modern day Noah’s Ark” in a former Cold War-era munitions storage facility in Germany.

The structure, which was carved out of solid bedrock, offers 34 private residences, each starting at 2,500 square feet, with the option to add a second story for a total of 5,000 square feet.

The units will be delivered empty and each owner will have the space renovated to suit their own tastes and needs, choosing from options that include screening rooms, private pools and gyms.

Vicino compares the individual spaces to underground yachts, and even recommends that owners commission the same builders and designers that worked on their actual vessels.

“Most of these people have high-end yachts, so they already have the relationship and they know the taste, fit, and finish that they want,” he explains.

The vast complex includes a tram system to transport residents throughout the shelter, where they can visit its restaurants, theater, coffee shops, pool and game areas.

“We have all the comforts of home, but also the comforts that you expect when you leave your home,” Vicino adds.

“Our clients are sold on the unique advantage of having a luxury second home that also happens to be a nuclear hardened bunker,” says Hall, who is already starting work on a second Survival Condo in another silo on site.

“This aspect allows our clients to invest in an appreciating asset as opposed to an expense.”

The Survival Condo has several different layouts, from a 900-square-foot half-floor residence to a two-level, 3,600-square-foot penthouse that starts at $4.5 million.

Owners have access to their homes and the facilities at anytime, whether a disaster is imminent or they just want to get away from it all, and the complex features a pool, general store, theater, bar and library.

The condo association sets the rules for the community, and during an emergency, owners would be required to work four hours a day.

If you prefer to spend the end of days solo, or at least with hand-selected family and friends, you may prefer to consider The Oppidum in the Czech Republic, which is being billed as “the largest billionaire bunker in the world.”

The top-secret facility, once a joint project between the former Soviet Union and Czechoslovakia (now the Czech Republic and Slovakia), was built over 10 years beginning in 1984.

The site now includes both an above-ground estate and a 77,000-square-foot underground component. While the final product will be built out to the owner’s specifications, the initial renderings include an underground garden, swimming pool, spa, cinema and wine vault.

While many might see the luxury amenities at these facilities as unnecessary, the developers argue that these features are critical to survival.

“These shelters are long-term, a year or more,” Vicino says. “It had better be comfortable.”