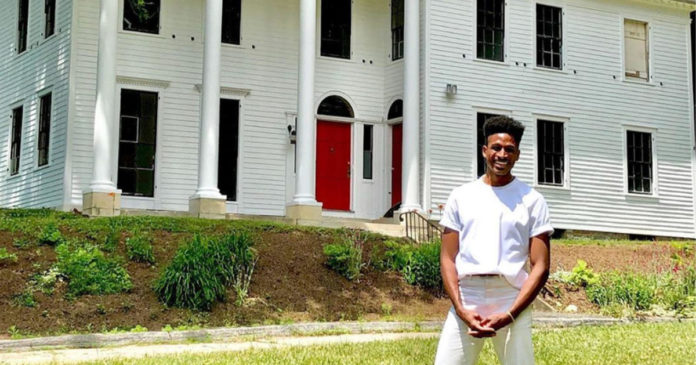 Robert Hartwell, who has appeared in Broadway shows including “Hello, Dolly!” and “Motown the Musical,” wrote a post on Instagram Thursday about a house he found three weeks ago. Hartwell said after seeing the house, which was built by slaves, he knew he wanted to buy it – but his buying power was underestimated.

Hartwell said the agent told him they were only accepting cash offers, and they assumed that “took him off the table” as a potential buyer. “Don’t you ever underestimate a hard working black man,” he wrote in the Instagram post. “I saw the house last week and when I walked in I knew I was home.”

Hartwell said the house was built in 1820 for the Russell family, which owned a local cotton mill. “Slavery was still legal,” he wrote. “When the agent asked me why I wanted such a large house I said it was ‘a generational move.'”

The actor said he wished he could have told his “ancestors when they were breaking their backs in 1820 to build this house that 200 years later a free gay black man was going to own it and fill it with love and find a way to say their name even when 200 years later they still thought I would be ‘off the table.'”

“We are building our own tables,” he wrote. “I’ve never been prouder to be a black man. Come to my White House any time. I can’t wait to have you! Glory to God in the highest. I’m a homeowner.”

He did not disclose the location of the property.

Hartwell, who founded The Broadway Collective, a training academy for young actors, received an outpouring of support on his post. “Literally ‘our ancestors’ wildest dreams,'” wrote beauty director and blogger Dana Oliver.

“This made me so happy,” commented Todrick Hall.

“This is monumental,” wrote singer and “Hamilton” actress Meecha.

He responded with message for followers on his Instagram story: “So overwhelmed with gratitude… Can’t wait to share more.”