Home Culture Ian McKellen is planning to play Hamlet — at the age of... 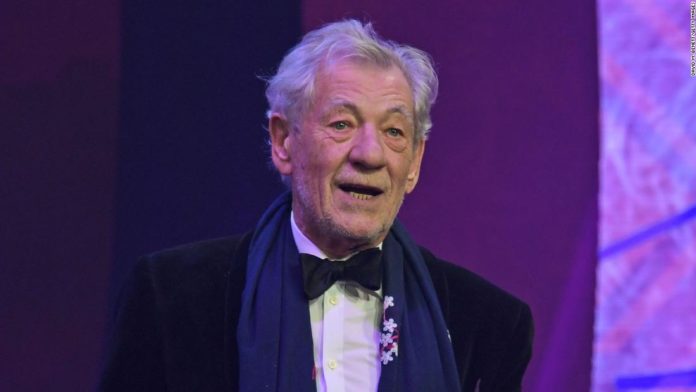 McKellen, who first played the confused young Dane 50 years ago, revealed the news on his website.
“I feel lucky to be working again, thanks to Bill Kenwright’s inspiring optimism and Sean Mathias’s invitation to re-examine Hamlet, 50 years on from my first go. So now we will meet again. Don’t know when but do know where — Theatre Royal Windsor!” the actor wrote on Twitter on Friday.
One of Britain’s most celebrated stage actors, McKellen has also starred in blockbuster movies, from the “The Lord of the Rings” films to the “X-Men” franchise.
“Hamlet” is a five-act tragedy written by William Shakespeare some time between 1599 and 1601, and it remains one of Shakespeare’s most celebrated works.
Whereas “gender-blind” casting is becoming more widespread in theater — in 2012, London’s Donmar Warehouse staged an all-female version of Shakespeare’s “Julius Caesar,” while Glenda Jackson starred as King Lear last year — “age-blind” casting is less common, and the title role of Hamlet is usually played by much younger actors.
Unabridged, the play itself is physically demanding and time-consuming for actors and audiences alike — Kenneth Branagh’s 1996 film of the full-text version runs at more than four hours.
According to a statement from the Theatre Royal Windsor, rehearsals for “Hamlet” will resume June 29, but it is unclear when and how the theater will be able to open its doors.
Months of closures aimed at curbing the spread of the coronavirus have hit the UK’s world-famous arts industry hard, with major venues including Shakespeare’s Globe theater warning of insolvency and closure.
Though some leisure venues in England can begin to reopen from July 4, some theaters plan to remain closed for longer because of continuing concern about the close proximity of patrons.
In a statement posted online Friday, the Theatre Royal Windsor said it would release more information on performance dates and tickets once it had received government guidance on how to reopen safely.