Home Lifestyle How to Make a Spiked Arnold Palmer 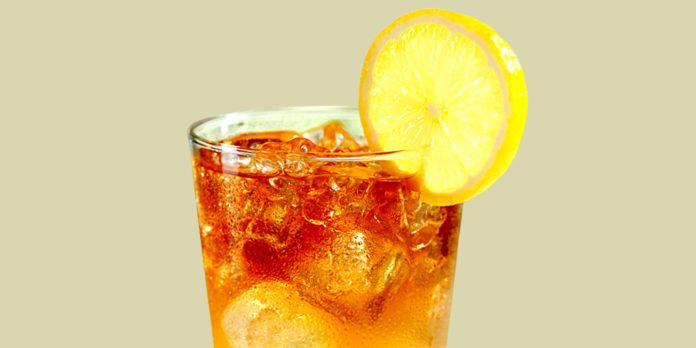 The first time someone made an Arnold Palmer for me as a kid, I was mystified. It was like magic in a drink. The way the tea and the lemonade separated in that Mason jar was legitimately some kind of summertime wizardry to little me, and if it hadn’t been for the taste that comes from mixing sweet tea and lemonade together, I probably would have tried to salvage it as art.

But unlike masterful works of art, Arnold Palmers are about as ubiquitous as bonfires and sprinklers once summer hits. The name goes back to the 1960s, when golfer Arnold Palmer ordered a non-alcoholic version of the drink while out on the course—one part tea, one part lemonade. In a 30 for 30 documentary, Palmer later said that the drink got its name when a woman ordered the same drink and referred to it as “that Arnold Palmer” beverage. Sometimes, an alcoholic version is called a John Daly, but that really only counts if you add vodka, and we make the rules here, so we’re using whiskey and calling it a Spiked Arnold Palmer.

Now, the important stuff: The first time someone made me an Arnold Palmer with a bit of whiskey in it, I was as equally mystified as I had been a decade and a half prior. The smoky variety of whiskey dialed back to that flavor of my childhood, when the sun was set, the bonfire was kicking up little bits of flame, and you could smell the smoke as the wind pushed it around. You can have all the pleasure of your half-and-half drink masterpiece, but a shot of whiskey, a slice of lemon, a couple mint leaves, and a pinch of sugar takes a kid’s (and legendary golfer’s) refreshment and turns it into something greater.

In terms of that whiskey recommendation, my ideal go-to is High West’s Campfire whiskey. Mixing a smoky whiskey with anything feels like a sin, but it’s worth the taste—and if High West feels a little high-priced, some more reasonable alternatives are Jim Beam Devil’s Cut bourbon or Knob Creek Smoked Maple bourbon. Again, you’re going for that slight smoke flavor to complement and compete with the tartness of the lemon.

Might I also suggest pairing your Spiked Arnold Palmer with the artisanal dish known as the “s’more.” That recipe is all on you, though.