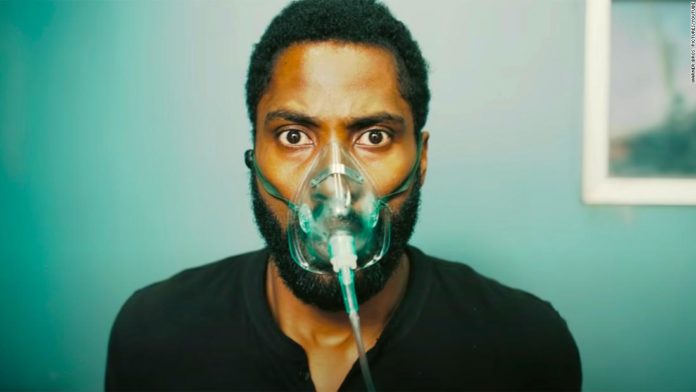 As theaters have closed and only gradually begun to reopen in places due to the coronavirus pandemic, Warner Bros. has moved release of the sci-fi movie back twice, from July 17 to July 31, and now to Aug. 12.
“Warner Bros. is committed to bringing Tenet to audiences in theaters, on the big screen, when exhibitors are ready and public health officials say it’s time,” the studio announced in a statement Thursday. “In this moment what we need to be is flexible, and we are not treating this as a traditional movie release. We are choosing to open the movie mid-week to allow audiences to discover the film in their own time, and we plan to play longer, over an extended play period far beyond the norm, to develop a very different yet successful release strategy.”
Although the plot remains mysterious, the movie’s trailers show espionage is a theme.
The film stars John David Washington, Robert Pattinson, Elizabeth Debicki, Dimple Kapadia and Michael Caine.
Warner Bros. and CNN share parent company WarnerMedia.