Home World Mandatory Streamers: Step Back Into The Twilight Zone for Season 2 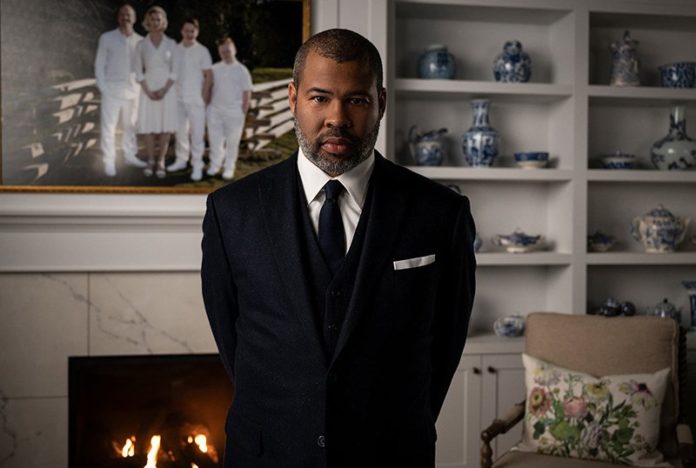 Mandatory Streamers: Step Back Into The Twilight Zone for Season 2

Welcome to Mandatory Streamers, our column covering the best new streaming content coming your way every week! For the week of June 22, Jordan Peele’s sci-fi horror anthology The Twilight Zone is back, introducing a slate of new characters and timely, wonderfully bizarre stories. Check out the best shows debuting and returning online this week as well as the latest renewal announcements below, and be sure to visit our mother site Mandatory by clicking here!

The Twilight Zone, Season 2 Premiere: Inspired by the original series created and hosted by Rod Serling that ran from 1959-1964, narrator and executive producer Peele’s updated version continues to take fans to another dimension, a dimension not only of sight and sound but of mind. The new season features a star-studded cast, including Jurnee Smollett-Bell, Jimmi Simpson, Topher Grace, Joel McHale, Colman Domingo, Billy Porter, Morena Baccarin, Gillian Jacobs, Tony Hale, Jenna Elfman, Ethan Embry, and many more. The entire second season is now streaming on CBS All Access.

Doom Patrol, Season 2 Premiere: DC’s strangest group of heroes — Cliff Steele aka Robotman (Brendan Fraser), Larry Trainor aka Negative Man (Matt Bomer), Rita Farr aka Elasti-Woman (April Bowlby), Jane aka Crazy Jane (Diane Guerrero), and Victor Stone aka Cyborg (Joivan Wade) — are back again to save the world. That is, if they can find a way to grow up…both figuratively and literally. Following the defeat of Mr. Nobody, the members of the Doom Patrol now find themselves mini-sized and stranded on Cliff’s toy race car track. Here they begin to deal with their feelings of betrayal by Niles Caulder aka The Chief (Timothy Dalton), while confronting their own personal baggage. And as each member faces the challenge of growing beyond their own past traumatic experiences, they must come together to embrace and protect the newest member of the family: Dorothy Spinner (Abigail Shapiro), Niles’ daughter, whose powers remain a mysterious but real threat to bringing on the end of the world. The first three episodes of the season are available to stream now on HBO Max and DC Universe.

Dark, Season 3 Premiere: The final cycle is about to begin in the upcoming third season of the award-winning German-language series, which follows a densely layered story playing out across multiple overlapping points in time. In the second season, Jonas finds himself trapped in the future and desperately tries to return to 2020. Meanwhile, his friends Martha, Magnus, and Franziska are trying to uncover how Bartosz’ is involved in the mysterious incidents occurring in their small hometown of Winden. More and more people are drawn into the events orchestrated by an obscure figure who seemingly controls everything that is connected throughout different time zones. See what happens next when the new season launches on Saturday, June 27.

I’ll Be Gone in the Dark, Series Premiere: The six-part documentary series from Oscar nominee and Emmy winning director Liz Garbus explores writer Michelle McNamara’s investigation into the dark world of the violent predator she dubbed the Golden State Killer. McNamara lived a quiet life as a writer, mother, and wife, preferring to stay on the periphery of the Hollywood world of her comedian husband Patton Oswalt. But every night, as her family slept, she indulged her obsession with unsolved cases, beginning her investigation into the man who terrorized California in the 1970s and 80s and is responsible for 50 home-invasion rapes and 12 murders. The docuseries is a comprehensive exploration of the case of an elusive, violent predator by McNamara, who suddenly died at the age of 46 due to an accidental overdose while investigating the unsolved crimes. It is also a haunting personal memoir and self-examination of McNamara’s obsessive quest for justice on behalf of the victims and survivors of the crimes. The documentary series will premiere on Sunday, June 28, and will be available to stream on HBO’s platforms.

Lucifer, Season 6: Netflix has renewed the fan-favorite supernatural series Lucifer for a sixth and final season! The Tom Ellis-led show will premiere the first eight episodes of Season 5 on Friday, August 21 on the streamer, and the first four seasons are available to stream now.

Gangs of London, Season 2: Sky and AMC have announced the Season 2 pickup of the hit series Gangs of London, with AMC on board as co-producer the second season! The first season of the action-packed thriller will debut on AMC this fall for US audiences.

#BlackAF, Season 2: Kenya Barris’ mockumentary sitcom series starring Barris as an exaggerated version of himself alongside Rashida Jones as his fictional wife has been renewed for a second season by Netflix! The first season is available to stream.