Home World Luckin Coffee will be delisted after defrauding investors 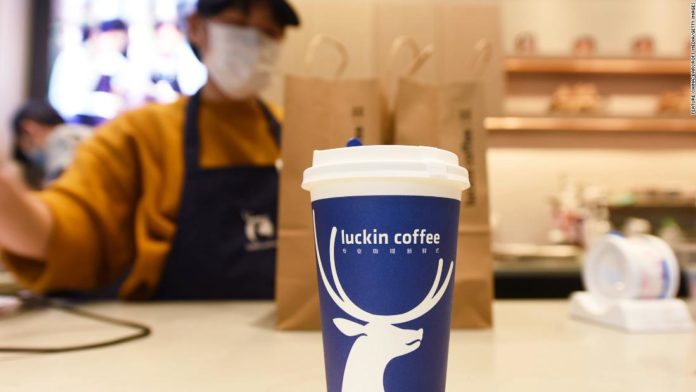 Luckin announced Friday that it was giving up plans to appeal the Nasdaq exchange’s decision to delist the stock. Shares of Luckin, which fired its CEO and chief operating officer in May after it was discovered that the company fraudulently inflated sales, plunged more than 50% to about $1.40.
The company initially said last month that it was requesting a hearing with Nasdaq but it said in a press release Friday that shares will now be suspended from trading at the start of Monday June 29.
Luckin, founded in 2017, went public last year and surged due to what — at the time — appeared to be strong sales growth.
Investors lapped up the stock, betting that Luckin would become a legitimate homegrown rival to Starbucks (SBUX), which generates a big chunk of its revenue from Chinese consumers.
It’s not clear what’s next for Luckin now that it will no longer have access to the stock market to raise new capital. As of late last year the company had 3,680 stores. However, bankruptcy rumors have been swirling in light of the scandal.