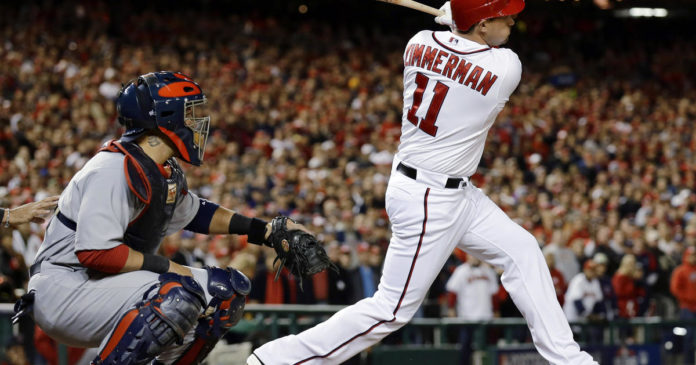 Ryan Zimmerman and Joe Ross of the reigning World Series champion Washington Nationals and Mike Leake of the Arizona Diamondbacks are opting out of the 2020 MLB season over concerns about the coronavirus pandemic. The season is scheduled to begin at the end of July.

“After a great deal of thought and given my family circumstances — three young children, including a newborn, and a mother at high risk — I have decided not to participate in the 2020 season,” Zimmerman said Monday in a statement. Zimmerman expressed regret he would not be able to attempt to win back-to-back titles but said this was “the best decision for me and my family.”

Writing for The Associated Press last week, Zimmerman brought up these same concerns while weighing his decision.

“I have a 3-week-old baby. My mother has multiple sclerosis and is super high-risk; if I end up playing, I can pretty much throw out the idea of seeing her until weeks after the season is over,” Zimmerman wrote.

“To be clear, I am not retiring at this time,” the 35-year-old first baseman added in his statement Monday. “I have not decided on my future in baseball past 2020. But this year, I’ll be staying safe at home and pulling as hard as anyone for the guys to defend our championship.”

Nationals general manager Mike Rizzo said in a statement that both Zimmerman and Ross “decided not to participate in the 2020 season for the personal health and safety of themselves and their loved ones.”

“We are 100% supportive of their decision to not play this year,” Rizzo added. “We will miss their presence in the clubhouse and their contributions on the field.”

Ross, 27, was expected to compete for a position in the Nationals’ starting rotation this season.

Diamondbacks pitcher Mike Leake, 32, also announced his intention to sit out 2020 on Monday. Prior to Leake’s announcement Monday, the Diamondbacks released their 60-man roster, which Leake was on.

“During this global pandemic, Mike and his family had many discussions about playing this season,” Leake’s agent said in a statement Monday. “They took countless factors into consideration, many of which are personal to him and his family. After thorough consideration, he has chosen to opt out of playing in 2020. This was not an easy decision for Mike. He wishes the best of luck and health for his Diamondback teammates this season and he’s looking forward to 2021.”

As part of MLB’s planned 60-game season, players who are themselves considered “high-risk” can opt out of the 2020 season and still be credited for service time and receive their prorated salary for the season. Players who are not high-risk but have pregnant wives or high-risk family members can also opt out, but they would forfeit their salary and service time.

None of the three players who opted out Monday is known to be high risk.