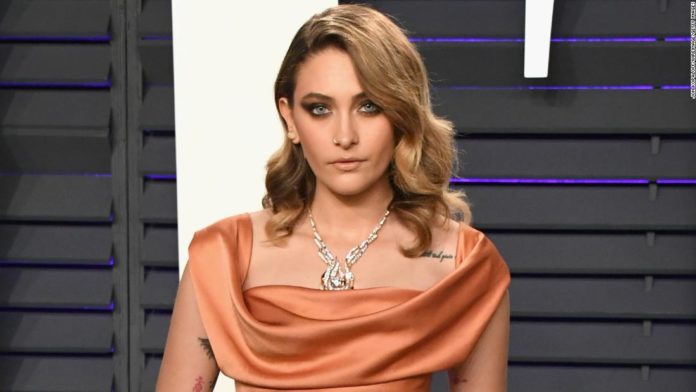 The 22-year-old daughter of the late King of Pop Michael Jackson appears as the character in the movie “Habit.”
According to Deadline the independent film stars Bella Thorne and “is about a street smart party girl with a Jesus fetish who gets mixed up in a violent drug deal and finds a possible way out — by masquerading as a Nun.”
As of Thursday the Change.org petition against the film was quickly approaching almost 300,000 signatures.
“A new blasphemous Hollywood film is predicted to come out soon depicting Jesus as a lesbian woman,” a statement on the petition reads. “The film “Habit” stars Paris Jackson who plays the role of “lesbian Jesus.” Distributors haven’t picked it up as of yet, so let’s please spread awareness and wake people up to the Christianophobic garbage that is spread nowadays, but is somehow accepted and praised by society.”
CNN has reached out to reps for Jackson for comment.
It’s not Jackson’s first gig.
She had a small role in 2017 as Rachel Wells on the Fox TV series “Star” and has also appeared in the series “Scream” and the film “Gringo.”
Singer Sia tweeted a message of support for Jackson on Wednesday.
“Dear @ParisJackson I love you, keep going,” the tweet read. “I believe you are a good person.”
On Thursday the star took to Twitter to write “Hey. Lay off @ParisJackson you bullies.”
“It’s me that has my opinions as a 44 year old woman. Let her be a child please- attack me,” Sia tweeted. “I am more than equipped to deal with us disagreeing on a subject. Let’s not ruin her music release and finding her own voice.”
Jackson and her boyfriend Gabriel Glenn recently debuted a docuseries, “Unfiltered: Paris Jackson and Gabriel Glenn,” on Facebook about their lives and their band, The Sunflowers.
“Everyone in my family does music. I mean, I’m a Jackson,” she said on the series debut Tuesday. “It makes sense that I’m a musician but like…a Jackson doing folk indie?”