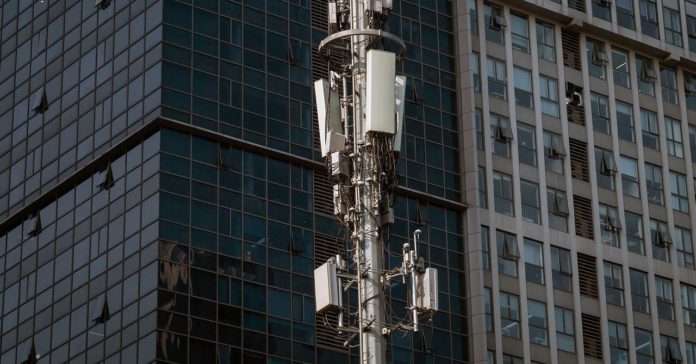 The world came together to build 5G. Now the next-generation wireless technology is pulling the world apart.

The latest version of the 5G technical specifications, expected Friday, adds features for connecting autonomous cars, intelligent factories, and internet-of-things devices to crazy-fast 5G networks. The blueprints reflect a global effort to develop the technology, with contributions from more than a dozen companies from Europe, the US, and Asia.

And yet, 5G is also pulling nations apart—with the US and China anchoring the tug-of-war. Tensions between Washington and Beijing over trade, human rights, the handling of Covid-19, and Chinese misinformation are escalating global divisions around the deployment of 5G. A growing number of countries are aligning with either a Western or a Chinese version of the tech.

“National security and commercial interests are all entangled, and it’s very hard to separate them,” says Scott Wallsten, president of the Technology Policy Institute, a think tank.

The way 5G was created, and the way it is now being deployed, capture an ongoing conundrum for Western countries—how to balance healthy competition and collaboration with national interests and the rise of China.

The 5G dispute centers on Huawei, arguably China’s most important tech company, with a dominant position in networking equipment, a big smartphone business, and increasingly sophisticated chips. The company is accused of stealing technology, and of having close ties to the Chinese government that might enable cyber-espionage. It has become a symbol of China’s ambitions to dominate the technology, through innovation as well as nefarious means.

A key question is how this bifurcation will affect the workings of a standard that was meant to be open and global. “We risk further fragmenting the internet and the way different networks connect to each other,” says Wallsten.

Even if 5G was meant to be a truly global communications standard, the technical plans reflect shifting national strengths and resulting tensions.

The 5G standards outline plans for insanely fast wireless speeds of up to 1 GB per second—50 times faster than the average US broadband connection—with few delays. Think playing high-end games without any lag or robots that feed on artificial intelligence hosted in the cloud. And, of course, 5G is expected to inspire innovations and businesses that could change the technology landscape. By various estimates, the technology could generate several trillion dollars for the global economy over the next couple of decades. It’s no surprise that every country wants a piece of the action.

The technical specifications for 5G are developed by the 3rd Generation Partnership Project (3GPP), a coalition of standards organizations from the US, Europe, China, Japan, India, and South Korea. The group is putting the finishing touches on Version 16 of the 5G specs, which will add features that let devices hop among a wider range of wireless spectrum, offer high-precision positioning, vehicle-to-vehicle connectivity, and more reliable, virtually instantaneous communications, crucial for industrial uses.

Many companies have contributed to the drafting of 5G, but the standard reflects a shift from US and European tech to Chinese compared with 4G, the previous standard. An analysis of contributions to 3GPP specifications, published in August 2019 by IHS Markit, found that Chinese firms contributed approximately 59 percent of the standards, with Huawei accounting for the most of those. The standards for 4G were led by European and American firms.