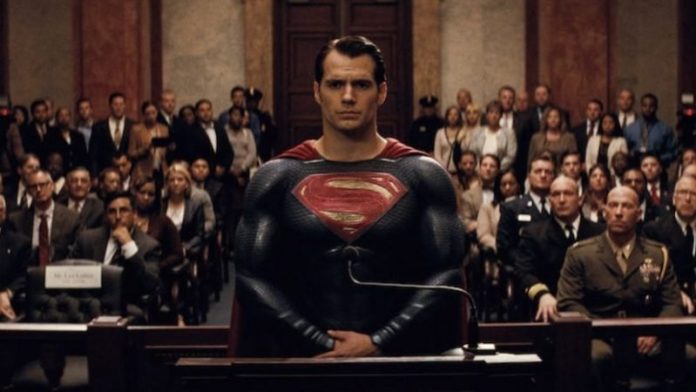 Last May, DCEU fans were treated to some good news when various outlets reported that Henry Cavill was currently in negotiations with Warner Bros. to reprise his iconic role as Superman. However, in a new interview with Variety, Cavill addressed recent reports regarding his possible return to the DCEU, confirming it as speculation since conversations about that subject aren’t taking place.

“The amount of speculation, the stuff I read on the Internet, is extraordinary and sometimes frustrating,” Cavill said. “It’s when you see people stating stuff as fact. Like, ‘No, that’s not the case. That hasn’t happened, and that conversation isn’t happening.’”

Though Cavill had reportedly departed the role in 2018, he has said in interviews since that he hadn’t given up on the role and was very grateful for his time as the Man of Steel and was ready to take on the mantle once again should the opportunity arise and now it appears he’s ready to return, though it’s currently unclear as to the extent of his new work, whether it be for the upcoming Snyder Cut of Justice League or for future films.

Cavill first appeared in the role in the start to the DCEU Man of Steel followed by 2016’s Batman v Superman: Dawn of Justice and 2017’s Justice League, which was the inciting point for his potential exit from the role after reshoots caused a rift between the studio and the star as it conflicted with his work on Paramount Pictures’ Mission: Impossible — Fallout. He was set to appear in future DCEu films, including a cameo in David F. Sandberg’s Shazam!, but after being let go from the role, one of his stunt doubles stepped in for him instead without the face of the character being shown.

In the meantime, Henry Cavill has been hard at work leading Netflix’s popular fantasy series adaptation of The Witcher which is currently gearing up to restart production on the second season. Based on the best-selling fantasy series, The Witcher is an epic tale of fate and family. Geralt of Rivia, a solitary monster hunter, struggles to find his place in a world where people often prove more wicked than beasts. But when destiny hurtles him toward a powerful sorceress, and a young princess with a dangerous secret, the three must learn to navigate the increasingly volatile Continent together.