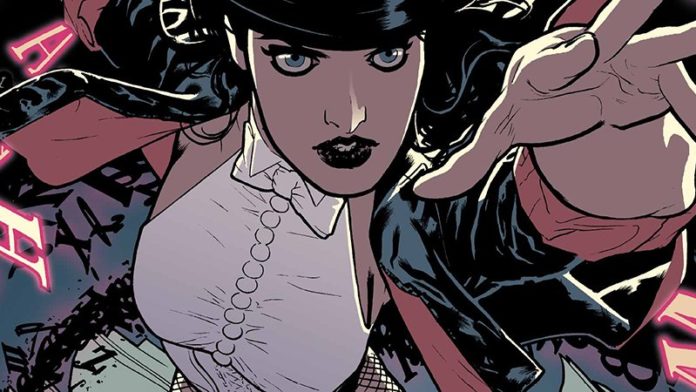 According to DCEU Mythic, Warner Bros. Picture is reportedly in the process of developing a new live-action DC film which is rumored to be centered around magic-wielding superhero Zatanna Zatara. Despite being one of the main characters in the popular animated film Justice League Dark, the outlet notes that this movie is separate from Bad Robot’s previously announced project about the team. If this new project would be proven true, this will mark Zatanna’s live-action DCEU film debut and first-ever solo outing.

RELATED: Michael Keaton in Talks for The Flash Movie as Batman!

Created by Gardner Fox and Murphy Anderson, Zatanna Zatara made her first appearance in the Hawkman comic books in November 1964. She is the daughter of a famous stage magician named Giovanni Zatara, who have debuted during the Golden Age of Comics. Naturally, Zatanna inherited his father’s magical powers and career as a professional stage magician. Some of her cool powers are the ability to control the elements, telekinesis, telepathy, teleportation, and manipulation of reality.

Even though she hasn’t yet made her live-action film debut, she had first made her live-action appearance in popular DC series Smallville and was portrayed by Serinda Swan. However, DC fans got more familiar with her through her appearances in various animated series such as Batman: The Animated Series, Batman Beyond, Justice League Unlimited, and Young Justice as well as in most recent TV shows DC Super Hero Girls and Harley Quinn.

If the solo Zatanna movie would later be confirmed by Warner Bros., it would officially become a part of the studio’s growing list of ongoing live-action projects including James Gunn’s The Suicide Squad, Matt Reeves’ The Batman, Andy Muschietti’s The Flash, Dwayne Johnson’s Black Adam, Ava DuVernay’s New Gods and more.