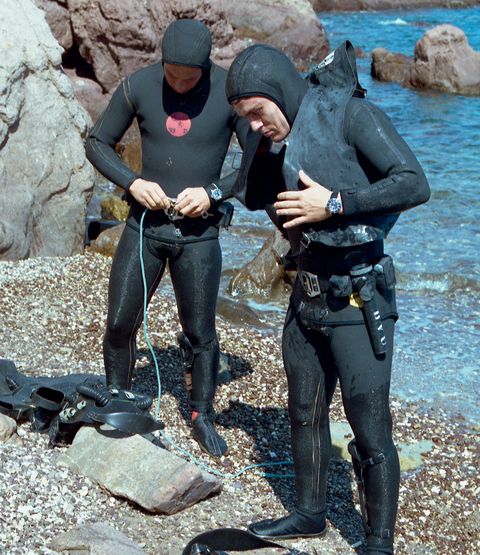 Is there anything more summery than the Tudor Black Bay Fifty-Eight Navy Blue, launched just last week? No, there isn’t. You can practically smell the ocean.

This is the newest in a line of dive watches that stretches all the way back to 1954, though the Black Bay Fifty-Eight does indeed refer to 1958, and is based, in both size and style, on a watch from that year. The model in question, created when its 39mm diameter was considered plenty beefy even for a dive watch, is a big-crown Submariner, reference 7924. Wait, what? A Submariner? Oh, yes.

Tudor began life in 1946 when Hans Wilsdorf, founder of Rolex and the OG of the tool watch, registered Montres Tudor SA as an accessibly priced version of its lofty big brother. You could call it a diffusion line, though that would be a disservice. Wilsdorf, ever the canny marketer, saw in the new brand an opportunity to broaden his company’s reach by relying on the manufacturing power of Rolex—for its cases, dials, hands, and bracelets—and using less expensive, yet still robust, ETA movements inside. Such was the symbiosis of the two brands that they shared model names like Oyster, Prince, and Submariner for years. Even Tudor’s winders—like you might find on its first hand-wound Sub, from 1954—had Rolex crowns on them.

Over time, Tudor became increasingly focused on tough professional tool watches, especially divers, which it supplied to a number of naval forces including, at one time, the U.S. Navy. But it is the French Navy—or Marine Nationale—that is most synonymous with Tudor’s rugged history. Adopting Tudor in the 1950s, French divers continued to be supplied until the mid ’80s. Their particular fave, the MN Tudor Submariner (ref 9401), came with a distinctive matching navy blue dial and bezel and those distinctive “snowflake” hands. 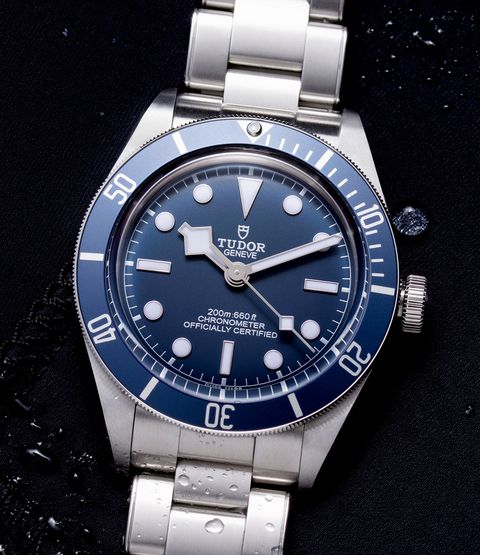 The Black Bay Fifty-Eight Navy Blue on a steel bracelet.

Over time the symbiotic coexistence of Tudor and Rolex came to confuse the market somewhat. In 1996, Tudor celebrated its half century. Business continued, but a year later it was pulled from distribution in the U.S., leading to a 17-year hiatus that only ended in 2013, when a rejuvenated Tudor was sent rocketing back into the States with a younger, more colorful, and decidedly tool-y look, cementing its new identity in 2015 with its first unique in-house movements.

While the common heritage is still visible in Tudor watches, Tudor has increasingly stepped out of the shadow of its big brother, while preserving Hans Wilsdorf’s original commitment to great prices by staying largely away from precious metals for the cases (even the grade of Tudor’s steel is different: 316L vs Rolex’s 904L). As such, it’s nigh impossible now to find a watch of such good looks and bulletproof authenticity at this kind of price level.