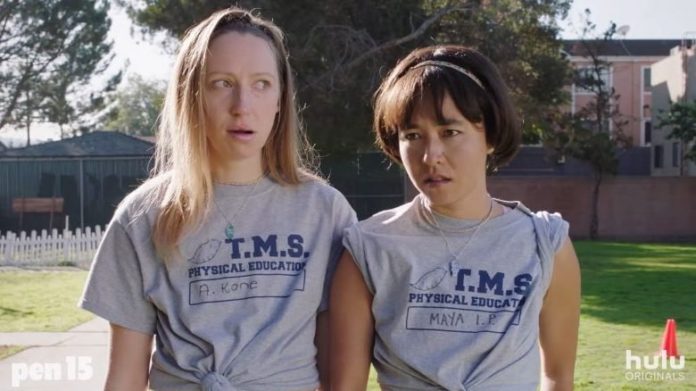 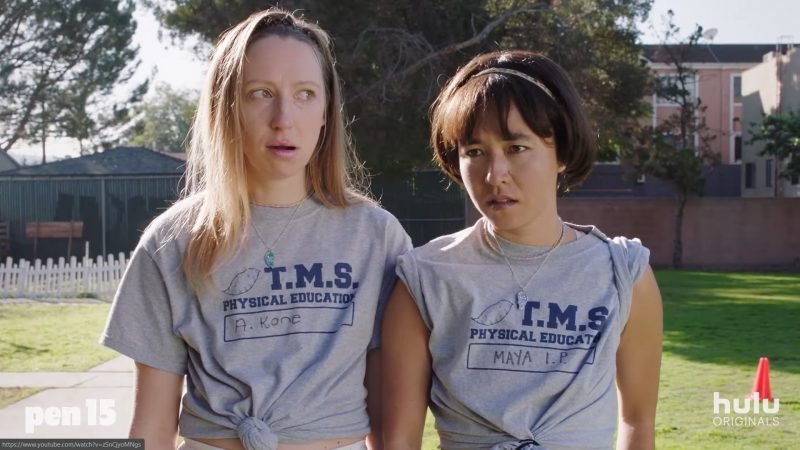 Hulu has released the first teaser for the upcoming second season of their hit comedy series PEN15, featuring Anna and Maya as they get ready for the Seventh Grade. The 14-episode new season will be divided into two parts with the first half set to arrive on Friday, September 18 while the final seven episodes is expected to be released sometime next year. Check out the video in the player below!

Hulu has described the show as “middle school as it really happened. Erskine and Konkle play versions of themselves as 13-year-old outcasts in the year 2000, surrounded by actual 13-year-olds, where the best day of your life can turn into your worst with the stroke of a gel pen.”

PEN15 was created by and stars Maya Erskine, Anna Konkle, and Sam Zvibleman. Erskine and Konkle will play younger versions of themselves, two 13-year-old outcasts as they forage through the daily terror of middle school in the year 2000.