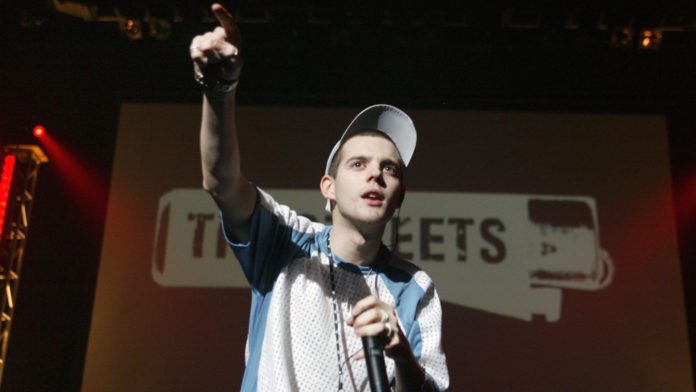 Mike Skinner has described the effect of lockdown on live music as “an absolute bloodbath”.

The musician, who this week releases The Streets’ sixth album None Of Us Are Getting Out Of This Life Alive – their first record in more than nine years – spoke to Sky News about the ramifications of venues being closed for weeks due to the coronavirus pandemic.

On Sunday, the government announced a £1.57bn rescue package for the arts, but there are still no plans to resume live shows.

After more than three months of lockdown, many have criticised the move as coming too late.

Skinner, who is taking part in drive-in gigs across the UK in July and August while traditional shows cannot take place, says he is staying positive about the industry but realises the enormous effects the crisis has had on performers and venues already.

“There’s two sides to my work life, there’s recorded music and then there’s live music,” he says. “It’s been quite strange because on one side it’s completely the same, pretty much. And then on the live side, it’s an absolute bloodbath.

“We’re doing a drive-in tour and I’m trying to sort of keep it together, really, and, well, get everyone paid.

“I think empathy is something that we’ve all found in ourselves during this lockdown that some of us I don’t think really thought we even had. And that’s a beautiful thing. But, yeah, there’s been winners from this and boy are there losers.

“I think some things have just been fast-forwarded five years to the place that they were going to end up anyway. And other things, like perhaps live music and theatre, have just had an incredibly tough time of it.”

The government says it is working to get the performing arts back up and running as soon as it is safe to do so and is being guided by medical experts.

But there are fears that many theatres, concert halls and other venues may not reopen until next summer, and many have warned they could go under.

Before the funding was announced, stars including Liam Gallagher, Sir Paul McCartney, Dua Lipa, Little Mix and Take That are among hundreds of music stars who have joined forces in calling for action to save the UK’s “world-leading” live music industry, signing an open letter to Culture Secretary Oliver Dowden.

Ultimately, Skinner says, “people need live music as much probably as the people giving them the live music”.

He continues: “And people need theatre. So I’m confident that it will be all right in the end, but there’s going to be a lot of hustling and, yeah, I think the news is going to turn to these people that really can’t pay the bills.”

None Of Us Are Getting Out Of This Life Alive, the new mixtape album by The Streets, is out on Friday. Read our full interview with Mike Skinner on Sky News on Saturday