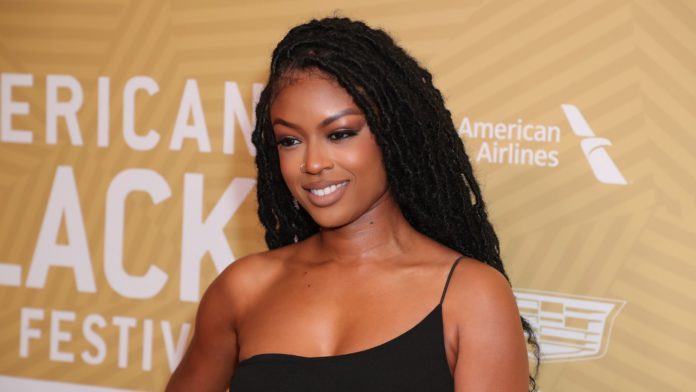 Actor Javicia Leslie has been unveiled as the new lead of The CW’s Batwoman, joining the show when it returns next year.

Leslie is set to play a brand new version of the Gotham City hero called Ryan Wilder, who is described as “likeable, messy, a little goofy, and untamed”.

The actor’s previous credits include the romcom Always A Bridesmaid and comedy-drama God Friended Me.

She takes over from Ruby Rose, who played season one’s Batwoman – Kate Kane.

Rose exited the show in May, much to the surprise of fans, describing it as a “very difficult decision”.

On Instagram, she praised Leslie for taking over the role, saying she would be “amazing”.

Producers had originally planned to recast the role of Kane, but instead put a casting call out for an entirely new character in June.

Leslie – who will be the first black person to play the superhero in a live-action TV show or film – said: “I am extremely proud to be the first Black actress to play the iconic role of Batwoman on television.

“And as a bisexual woman, I am honoured to join this groundbreaking show, which has been such a trailblazer for the LGBTQ+ community.”

Batwoman has been lauded for being the first superhero series on TV whose central character is a member of the LGBT+ community.

Rose has been openly gay since 2006 and her take on Batwoman was TV’s first openly gay superhero lead.

Leslie’s new character is described as a former drug runner, who previously spent years evading Gotham City Police, according to a casting note seen by Deadline.

She now lives in a van with her plant.

Show creator Caroline Dries wrote a note to fans on Twitter to explain why Leslie will play a completely new character.

She said: “As a lesbian who’s been working as a writer for the past fifteen years, I’m well aware of the ‘Bury Your Gays’ trope, and I have no interest in participating in it.”

“Bury Your Gays” is a term used to describe the high rates of death among LGBT+ characters on TV – particularly among LBT+ women.

“In fact, her disappearance will be one of the mysteries of season two.

“LGBTQ+ justice is at the very core of what Batwoman is and we have no intention of abandoning that.”

Batwoman airs in the UK on E4.