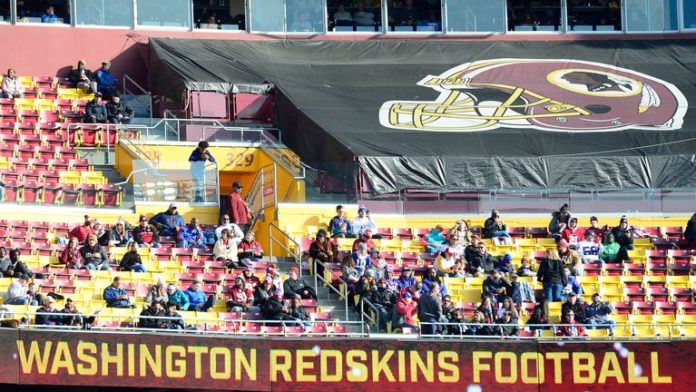 “The truth of the matter is it’s way over due and the situation itself beyond Black Lives Matter, which is so fantastic, is that we have one of the few minority head coaches in that position right now at that franchise”

By Cameron Hogwood and Richard Graves

Shaun Gayle believes the presence of Ron Rivera as head coach of the Washington Redskins will prove a key factor in discussions over a potential name change.

The Washington NFL franchise are currently conducting a review of their controversial name, seen as racist by Native American groups, amid mounting pressure from sponsors.

Rivera, who is of Hispanic heritage, is one of just four minority head coaches currently working in the NFL, which former Chicago Bears Super Bowl champion Gayle believes can be a catalyst for the change.

“I believe it is a change moving forward. My history, my background, I grew up in Virginia next to Washington so that city, that area were big Washington Redskins fans,” Gayle told Sky Sports News.

“The truth of the matter is it’s way over due and the situation itself beyond Black Lives Matter, which is so fantastic, is that we have one of the few minority head coaches in that position right now at that franchise.

“I think that for me is the final tick in the box as to why this has to happen now. Ron Rivera is the type of guy that he is able to deal with this, push it forward and do it in the manner that is not unlike anything else he’s done.

“He’ll do it in a way to be respectful for the fans, those that have held onto their long ties to the Washington franchise, to help them understand change is needed and that now is the time.”

The unlawful killing of George Floyd and the global fight for social reform has drawn attention towards Washington’s long-contested nickname, which FedEx, the title sponsor of the team’s stadium since 1999, has requested be changed.

A statue of former Washington owner George Preston Marshall was also removed from RFK Stadium in recognition of his resistance to integrating his roster, before eventually becoming the last owner to do so in 1962.

“I believe Ron Rivera will do a fantastic job because he sees the aspect of certain situations in a different light,” added Gayle. “Number one, he’s a minority himself and understands what this means and he’s felt what this means.

“He’s going to handle the situation in the way it needs to be handled to get results that the fans will enjoy and appreciate because it has meaning.”

While the organisation continues its review, the media and Washington fans have been discussing potential new names for the team.

One of those being the ‘Redtails’, in reference to the World War Two Tuskegee Airmen, who were the first African American aviators in the US Armed Forces.

“Redtails represents one of the few minority organisations in the military, they had great service during the war and aviation,” explained Gayle.

“I wish I could speak more intelligently on it and I will do more research but the fact they’re going to honour an organisation that included African Americans during a time when those battling for our freedom and security it didn’t matter that they were black or white, they had a job to do and did it for all of us.

“To honour someone like that I think would be great.”