Home Culture Investigators release 911 call made after “Glee” actress’ son was found on... 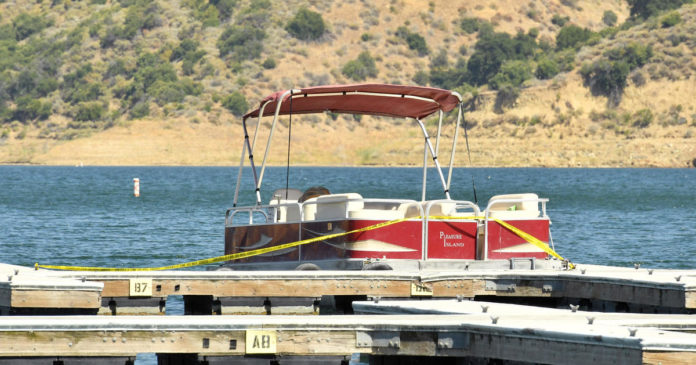 Officials have released a 911 call made after missing “Glee” actress Naya Rivera’s son was found on a rental boat on a lake in California.

“The emergency is: We have a missing person,” an employee of the rental boat business said. “We found a little girl in one of the boats by herself, and the mom’s nowhere to be found.”

The caller initially assumed Rivera’s child, a 4-year-old boy, was a little girl because of his long hair, CBS Los Angeles reports.

The Ventura County Sheriff’s Department also released security video of 33-year-old Rivera and her child getting into the boat together on Lake Piru in Los Padres National Forest on Wednesday afternoon.

“They were able to conclude that they were the only two on the boat when the boat left the dock,” Sgt. Kevin Donoghue said.

Donoghue said at a news conference Thursday that Rivera and her son rented the boat at approximately 1 p.m. local time Wednesday. The rental was supposed to last for three hours, and when the pair did not returned by 4:30 o.m., workers went out to search for them.

The boy told authorities he and his mother had been swimming in the lake, and said he got back in the boat but his mother did not, according to a report from the Ventura County Sheriff’s Office.

Rivera’s son was found Wednesday afternoon sleeping in the boat and wearing a life jacket. An adult-sized lifejacket was also found in the boat.

“We’ve had no indication, after talking to her son, that Ms. Rivera made it to shore,” Donoghue said.

Deputies said Rivera had experience navigating Lake Piru, but even the most experienced swimmers could succumb to the lake’s dangerous rip currents or get tangled up in debris.

“Under the water, it’s a lot by feel,” said Max O’Brien, one of the divers in the search for Rivera. “There’s a lot of shrubbery and sticks that we have to break through as we’re going through, so it’s kind of a Braille search.”

Officials Thursday said the search and rescue effort had turned into a search and recovery effort, with Rivera presumed dead. The search was expected to continue Friday morning.