Home Culture Judd Apatow and Gary Gulman get candid about their mental health and... 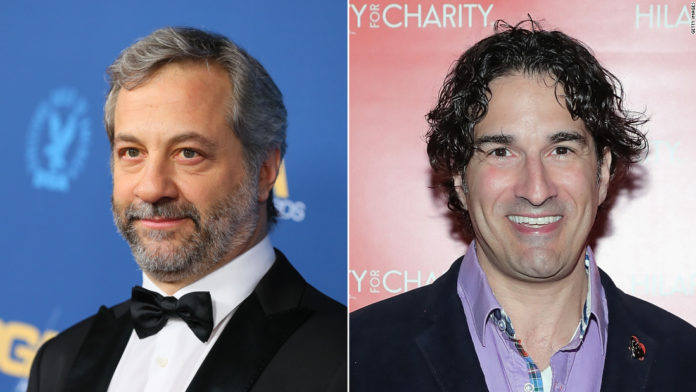 In a new interview with CNN, Gulman and Apatow get real about the seriousness of depression during the coronavirus pandemic.
The duo teamed up last year for the HBO stand-up special, “The Great Depresh,” starring Gulman and produced by Apatow; HBO is owned by CNN’s parent company AT&T.
The special couldn’t be more relevant now, they said.
It was born out of Gulman’s own struggles with what he calls “debilitating depression and anxiety” that prompted him to check into a mental health facility a little over two years ago.
“I found that (during the pandemic) Skyping and Zooming and FaceTiming and even just old-fashioned talking on the phone is very helpful in maintaining my mood and raising my energy and making me feel less alone,” he said.
“It’s important to be open and honest and share your painful thoughts and fears, your worries and your doubts and insecurities, because you’re going to find that people on the other side are feeling the same thing.”
For Apatow, who is responsible for some of the biggest comedy films of the past two decades — with hits like “The 40-Year-Old Virgin,” “Knocked Up” and most recently “The King of Staten Island” — says he too has rough days.
“I’m a little bit of a news junkie and a Twitter-obsessed person. I track everything minute to minute,” he said. “Every bad thing happening on Earth I am reading about in real time, and it is not healthy.
“When the pandemic started, I realized I needed to do something else or I was just going to sit in my house and eat ice cream and drink, and that did not feel like the right call. So, I started taking walks, which started out as a half hour, then an hour then two to three hours. I found that just being out in nature and exercising and taking walks with friends has really kept me stabilized.”
The special is getting buzz for a potential Emmy nomination for tackling such important issues, and Gulman and Apatow are grateful for that recognition, they said.
“It would be an honor just to be nominated,” Gulman said. “I’ve heard people say that, and I can’t believe I’m saying that myself. When I was in the psych ward and I was waking up at 6:30 a.m. for electroconvulsive therapy, I didn’t think I’d ever do stand-up comedy again, so even to be able to do that is enough, and this is just ridiculous frosting.”