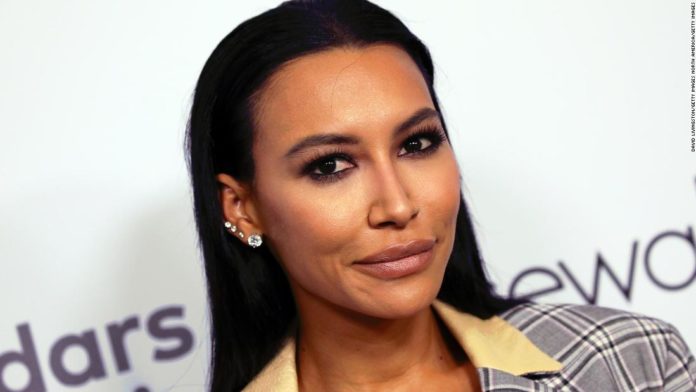 Authorities have said Rivera, 33, is presumed dead following a boat ride she took Wednesday with her four-year-old son, Josey Hollis Dorsey.
Here’s what we know so far:

According to the Ventura County Sheriff’s Office, Rivera came to Lake Piru in Ventura County, California, north of Los Angeles, around 1 p.m. PST on Wednesday.
She rented a boat, and she and her son were seen going out on the lake together, Sheriff’s Capt. Eric Buschow said in a news conference.
About three hours after they left the dock, another boater out on the lake discovered a boat drifting with the child asleep on board.
The boat was found in the area called “The Narrows” on the north end of the lake.
Authorities were notified and they began search and rescue efforts from the air and with a dive team.
Buschow said it was difficult to get information from the child, who told them they went swimming, but his mother didn’t get back on the boat when he did.
The child had a life vest on and an adult life vest was found on the boat, according to Buschow.

The search and rescue mission was suspended Wednesday night and resumed first light on Thursday.
Officials said more that 80 people were involved in the search for Rivera, best known for playing Santana Lopez on the hit Fox series “Glee,” which ran from 2009-2015.
The lake was closed for the search.
“Multiple teams of professional search & rescue personnel are actively searching Lake Piru for clues to the location of Naya Rivera. With over 80 people involved in the search right now, we are using helicopters, boats, ATV vehicles, and ground personnel to try and locate her,” tweeted the Ventura County Sheriff’s office.
Authorities announced Thursday that the operation had moved from a search and rescue to a search and recovery mission.
“We’re presuming that an accident happened and we’re presuming she drowned in the lake,” said Deputy Chris Dyer at a press conference Thursday. “We hope for the best, we prepare for the worst.”
He said it is not uncommon for visitors to go to the lake midweek as the draw is likely fewer people and less traffic.
The boat Rivera rented was a pontoon with a deck cover and the rental operator did not notice anything out of the ordinary, Dyer said.
The boat was found on the north end of the lake where wind is often a factor in boating conditions.
Dyer said the depth of the lake can run anywhere from 6 to 40 feet and the bottom of the lake has a lot of debris.
He also said Rivera’s son was healthy and with family.

The difficulty in finding her

Divers searched parts of the vast lake Thursday, noting that the murky waters and debris lowered visibility to as little as one to two feet.
The lake has tree branches and overgrowth so divers have been digging through downed trees and a heavy brush bottom.
“Under the water, it’s a lot by feel again, a lot of shrubbery and sticks we have to break through. It’s kind of a braille search,” said Max O’Brien, Ventura County Search and Rescue diver. “This lake doesn’t really have a current so anything that usually drops will stay; if it reaches the bottom, it will stay on the bottom.”
Ventura County Sheriff’s Deputy Miguel Gonzalez said usually a body resurfaces after 3 days depending on what the person was wearing and had eaten.

On Thursday, the Ventura County Sheriff’s Office tweeted a link to a security video posted on YouTube.
The video shows Rivera walking across the lake’s parking lot, her son trailing in her wake, as the pair head out to the dock, toward the boat she had rented.
They then depart the dock and travel north in the boat on the lake, the video shows.
Officials also tweeted the 911 call in which an employee of the boat rental company reports Rivera’s disappearance and the discovery of her child.

Celebs and fans have been talking about Rivera on social media since news broke of her disappearance.
There was both sadness that she may have perished and hope that she would be found safe.
“I am hoping against hope… this was all a big joke and she’ll appear from somewhere laughing her heart out,” Iqbal Theba, who played Principal Figgins on the show, tweeted Thursday.
Singer and actress Demi Lovato, who played one of Santana’s girlfriends, Dani, on “Glee,” also tried to stay positive on Twitter Thursday.
“I don’t tweet often but sometimes my tweets come true so, together let’s manifest on Twitter that Naya will be found safe and sound!!” Lovato tweeted. “Come on y’all! Let’s put this energy out there: they will find her healthy and alive!!”