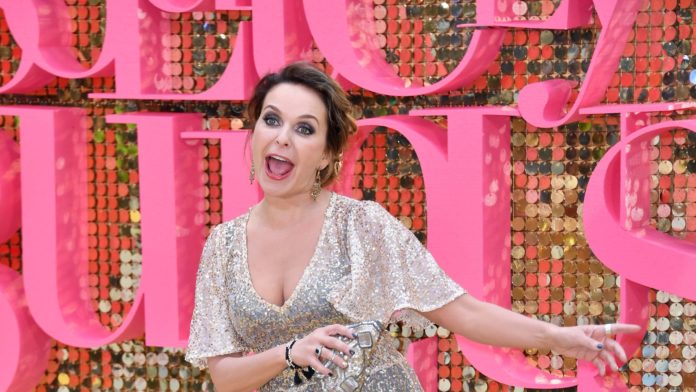 Actress Julia Sawalha has announced she will not be reprising her role in the upcoming Chicken Run sequel, claiming film-makers said her voice was “too old”.

Sawalha, 51, voiced the lead character of Ginger in the original 2000 Aardman film, but has apparently been told she will be replaced by a younger actress in the new movie.

Posting a statement on Twitter, Sawalha told fans she had been “plucked, stuffed & roasted”, after she was informed by email that she would not be reprising her role in the new film.

“The reason they gave is that my voice now sounds ‘too old’ and they want a younger actress to reprise the role,” she wrote.

“Usually in these circumstances, an actress would be given the chance to do a voice test in order to determine the suitability of their pitch and tone, I however was not given this opportunity.

“I am passionate about my work and I don’t go down without a fight, so I did my own voice test at home and sent it to the producers.”

She added: “Today I received a very kind and thoughtfully written response from one of the creatives, outlining their decision, most notably saying ‘Some of the voices (not yours, I agree) definitely sound older’.

“However, they stated ‘We will be going ahead to re-cast the voice of Ginger’.”

“I went to great lengths to prove to the production that my voice is nigh on the same as it was in the original film.

“If they will be using some of the original cast members… let’s be frank, I feel I have been unfairly dismissed.

“To say I am devastated and furious would be an understatement.

“I feel totally powerless, something in all of this doesn’t quite ring true.”

Sawalha’s statement also linked through to the video of her reading for the role, based on clips from the original movie.

It is also understood that the character voiced by Mel Gibson, Rocky, will also be recast, apparently for the same reason.

Chicken Run is the highest grossing stop-motion animated film of all time and the sequel will be released by Netflix, reportedly next year.

Netflix declined to comment on Ms Sawalha’s statement. Sky News has reached out to Aardman Animations.