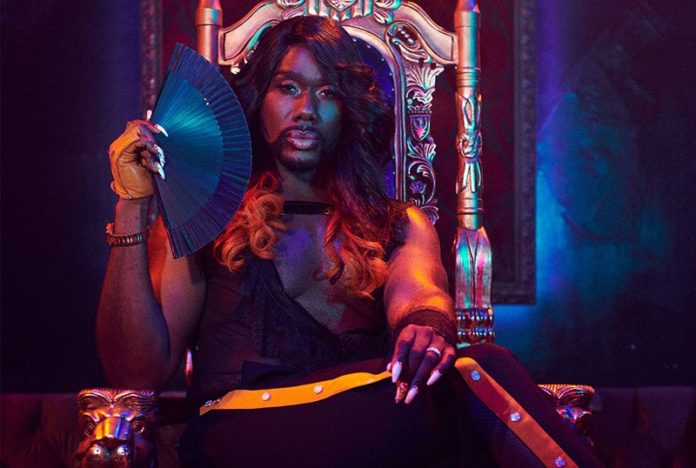 Ahead of the fantastic series’ debut on Starz, ComingSoon.net got the opportunity to chat with star Nicco Annan (Claws) to discuss his work in the upcoming drama P-Valley and the empowering and challenging nature of portraying the radiant Uncle Clifford, owner of the series’ central strip club.

Alongside some minor roles in various series over the years, Annan has been a part of P-Valley going all the way back to its inception, receiving even the shortest of drafts for the theater productions from creator Katori Hall before playing Uncle Clifford on stage. In looking at why he chose to stick with the part all this time and in its jump to television, he looks back at his first time reading the scripts and finding “it leapt off the page to me” and that it was “fresh, it felt bold and it felt like something that I had never seen in the artistic space.”

“I’ve seen people like Uncle Clifford, I’ve seen non-binary people in my life, I have associates and people within my circle that are genderfluid, but I had never seen it in cinema this way, in a way that wasn’t rooted from that magical negro,” Annan explained. “It was a character that had heart and the humanity of it I felt really came across in Katori’s writing and it felt like this is a chance of a lifetime to be a part of something that can expand the lexicon of characters that represent my community and I just wanted to be able to bring that humanity to it. That was just for doing the role period, but when it was coming to the screen, it felt like an even more intimate experience than the stage production and working on it in the theater.”

Going from the stage to an eight-episode series “felt like a rollercoaster” for Annan, where he began to learn new things and found he chose to really focus “on getting it true, not getting it right” and wanting to be “really truthful” to the character of Uncle Clifford and the world she lives in.

“I look at P-Valley as like a world of people that I call ruby people because they’re jewels and there was a conversation that Nikki Giovanni had once with James Baldwin back in the ‘70s and that always stuck out to me and she said, ‘Would you dare to write a world of just ruby black people?’” Annan expressed. “I feel like Katori has done that, so I feel like this is a world of ruby people climbing up the pole to get out of the bottom and it just felt so empowering to see all of these people and to be able to go home with them. To see them outside of the club, to see them in their homes, to see them at the grocery store, to see them at the barbershops and nail salons and wig shops, it just felt like, ‘Oh, we get the full human experience,’ and that process was all a part of the rollercoaster ride.”

In crafting the character of Uncle Clifford, Hall looked at three of her family members as major influences for parts of her personality, but Annan didn’t quite have the same path, rather choosing to “observe society” as inspiration for tapping into Clifford while noting one of his own family members he kept in his mind.

“I have met members of her family and I have met the Clifford in her family, I have an Uncle Bill that is deceased that there are parts of him that I put into Uncle Clifford to pay homage to,” Annan described. “But what I really wanted to do was I looked at humanity and I was on social media a lot and I looked at people that were in the non-binary space and I just looked at their feeds and wondered what life would be like for them at home, I just tried to infer really kind of put myself in their positions. I am a gay man, proudly so, so I felt compelled even more so to be that honest and that truthful with the storytelling, so I really wanted it to hit home and be like a torch for my community.”

As he jokes that one of his biggest creative challenges for portraying Clifford was being “in heels on the concrete floor of the club all night long,” Annan reveals his true challenge would be learning to “leave yourself alone” in regards to his performance and depiction of his character.

“Leaving myself alone and not having to justify something being feminine or justify something being masculine, but just resting in my own spirit of Clifford that this is who she is, she can be all things, she can access her masculinity and her male privilege just as she can access her femininity and what some may see as softness or submission, but it really is all means to get out of that bottom, climb that pole, get what you need to get,” Annan explained. 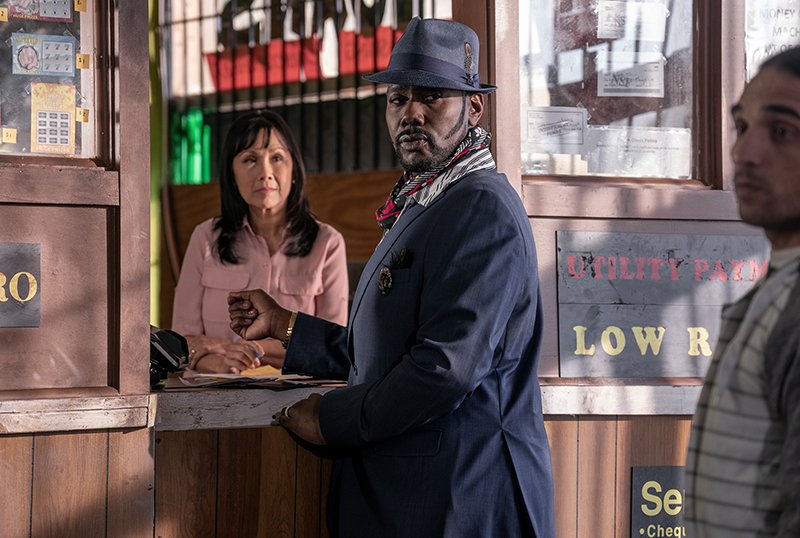 One of the biggest things the star found major enjoyment with was getting to dive into the wardrobe department for the series and Uncle Clifford, calling the work from costume designer Rita McGhee and assistant costume designer Alita McGhee Bailey as “absolutely amazing.”

“The looks for Uncle Clifford were so specific, not only from Katori’s mind, because the show is truly one that can be picked apart for its cinematic references and the design of it, it is built to be more than just, ‘Oh, they’re in the club,’” Annan noted. “But when you look at the color schemes and things of that nature, it was really fun it was welcoming, it was an adventure, it was also organic. A part of my creating Uncle Clifford and bringing her to life, I would go shopping at Marshall’s, at TJ Maxx, at Ross, at different department stores. Not the high high-end, I wanted to go to places that people in the south would have access to in a place like Chucalissa and I just wanted to feel what it would be like to shop as Uncle Clifford. The frustration of, ‘Oh I can’t find this in my size’ or the stares that people may give you for looking at clothing and putting it up to your body to see if it’s too long, too short, fits or what have you, those glancing eyes, and also the nods of approval when I would try different shoes and heels on in the store to see if they fit.

For my audition, for my screen test and things like that, it was great to be in the costume, the costumes was a world that we were well-versed in and we tried everything and we really wanted to be expressive of mood moreso than just labels. There were things that come into the play with just the very first look that you see Uncle Clifford in. I know I wanted people to get accustomed to seeing Uncle Clifford, because I know a lot of people may not have a non-binary person in their life, so I thought about that people used to call them pansies or pansy men back in the ‘70s, I thought about Sylvester, Rick James, Parliament, Prince, those kinds of influences were a part of our design and initial looks for Uncle Clifford. It was literally like a funhouse to be able to play with Rita and Alita, looking at, ‘How does Uncle Clifford feel today, where is she going, is it a club night or is this about the day? Are we in club mode,’ because in club mode there’s always specific types of thing, because it’s a strip club, but it’s a place where everyone can be free to whoever they are and get all of their desires met. Unc has to be dressed in her floss too, gotta show a little skin [laughs].”

Though keeping tight-lipped about some of the specifics of what audiences can expect to see from their new favorite TV uncle and strip club owner, Annan did reveal that viewers are “definitely going to get to know who she is” and hopefully will “want to be her friend, even if you don’t want to in the beginning.”

Annan and his co-stars all found each other on social media prior to filming and built up a strong rapport amongst one another that when it came time to shoot the pilot for Starz, he recalls they all came to terms and a certain agreement for production and believing it to be his fondest memory from the set.

“We had come to an agreement and an understanding that doing this project, it required such a high level of vulnerability from us physically to just be exposed in front of patrons of the club and that nature that we felt that we all had to be so honest with one another from the gate so that the rapport was manifest in our emotional nakedness,” Annan reflected. “We were exposed physically but we were also exposed emotionally and we took care of that space, we really honored one another and that spilled over from the cast to the crew to the production. It all started from the head with Katori in that she was specific that nothing would be gratuitous. My fondest memory would be when we made that pact in the club, it was after a take, we said, ’Y’all, this is some stuff, we’re really doing this, y’all ready? Let’s go, this is what it has to be.’”

Created by Katori Hall, the series is set down deep in the Mississippi Delta, where lies an oasis of grit and glitter in a rough patch of human existence where beauty can be hard to find. This Southern-fried, hour-long drama tells the kaleidoscopic story of a “little strip club that could” and the big characters who come through its doors — the hopeful, the lost, the broken, the ballers, the beautiful and the damned. Trap music meets film noir in this lyrical and atmospheric series that dares to ask what happens when small-town folk dream beyond the boundaries of the Piggly Wiggly and the pawnshop.

P-Valley is set to premiere on Starz on Sunday, July 12!