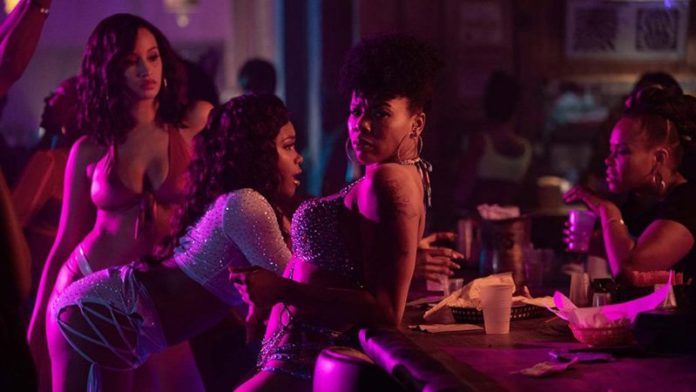 Welcome to Mandatory Streamers, our column covering the best new streaming content coming your way every week! The week of July 6 sees the premiere of creator Katori Hall’s P-Valley crime drama Starz series — based on Hall’s play Pussy Valley and featuring the work of all-women directors — which follows the lives of strip club dancers working down in the Dirty Delta. Check out the best shows debuting and returning online this week as well as the latest renewal announcements below, and be sure to visit our mother site Mandatory by clicking here!

P-Valley, Series Premiere:  Down deep in the Mississippi Delta lies an oasis of grit and glitter in a rough patch of human existence where beauty can be hard to find. This southern-fried, hour-long drama tells the kaleidoscopic story of a little-strip-club-that-could and the big characters who come through its doors – the hopeful, the lost, the broken, the ballers, the beautiful, and the damned. Trap music meets film noir in this lyrical and atmospheric series that dares to ask what happens when small-town folk dream beyond the boundaries of the Piggly Wiggly and the pawnshop. The series will premiere on Sunday, July 12 and will be available to stream on Starz’s platforms.

Little Voice, Series Premiere: The 10-episode series is a love letter to the diverse musicality of New York. It follows the story of Bess King, a uniquely talented performer struggling to fulfill her dreams while navigating rejection, love, and complicated family issues. Featuring original music by Grammy and Tony Award nominee, Sara Bareilles, this is a story about finding your authentic voice – and the courage to use it. The series is now streaming.

Close Enough, Series Premiere:  From JG Quintel, this surreal animated comedy is about a married couple, their five-year-old daughter, and their two divorced best friends/roommates all living together on the east side of Los Angeles. They’re navigating that transitional time in your 30s when life is about growing up, but not growing old. It’s about juggling work, kids, and pursuing your dreams while avoiding time-traveling snails, stripper clowns, and murderous mannequins. Their life may not be ideal but for now, it’s close enough. The animated series is now streaming.

Expecting Amy, Miniseries Premiere:  This new miniseries is an unfiltered three-part documentary that shows the struggle, strength, and ambition that has made Amy Schumer one of the singular comic voices of all time. It takes viewers behind-the-scenes as Schumer battles through an extraordinarily difficult pregnancy while documenting the formation of a comedy special. Schumer continues touring to prepare for the taping in Chicago that she isn’t sure she will be able to execute. It focuses on pulling the curtain completely back on her marriage to husband Chris Fischer, and the journey to his diagnosis on the autism spectrum. From hospitalizations to going out in front of a crowd of thousands, to quiet moments at home with her family, Schumer shares it all. Beginning the day she found out she was pregnant, through the birth of her child, she showcases her incredible journey on the road, revealing the challenges of pregnancy, marriage, and the execution of creating a stand-up special. The new series is now streaming.

Dead to Me, Season 3: Netflix has officially renewed Liz Feldman’s dark comedy series Dead to Me for a third and final season! Feldman has also strengthened her partnership with the streamer as she signed a multi-year deal for original series and other projects. The first two seasons are available to stream now.

The Last Kingdom, Season 5: Netflix has renewed The Last Kingdom for a 10-episode fifth season! The renewal news comes less than three months since Season 4 launched on the streamer on April 26. The first four seasons are available to stream now.

Stargirl, Season 2: The CW has decided to renew Geoff John’s latest DC superhero series Stargirl for a second season. The Brec Bassinger-led series will also officially be moving from DC Universe to the Arrowverse network. The first eight episodes of Stargirl are available to stream now.

Legendary, Season 2: HBO Max has announced that its reality competition series Legendary, whose TikTok challenge currently has over one billion views on the social media platform, has been renewed for a second season with MC Dashaun Wesley and judges Leiomy Maldonado, Jameela Jamil, Law Roach, and Megan Thee Stallion all returning! The first season is available to stream now.

Better Things, Season 5: FX has officially greenlit a fifth season of co-creator, director, and star Pamela Adlon’s Better Things for a fifth season! The network has also inked an overall deal with the Emmy winner. The first four seasons are available to stream on Hulu.