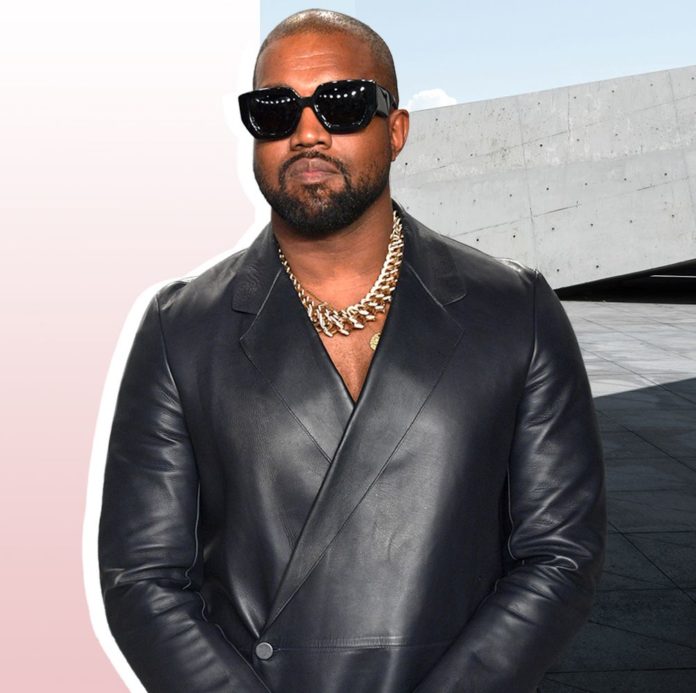 Welcome to HOF Fits, a series that pays homage to the perennial MVPs of the competitive sport that is getting dressed.

It’s not in Kanye West’s nature to rest on his laurels. Fresh off the heels of signing a multiyear deal with Gap—a dramatic realization of a long-held dream to bring his designs to the masses—the pioneering creative polyglot dropped a new single featuring Travis Scott, his first release since 2019’s Jesus Is King. Say what you will about the man, but his work ethic has always been unimpeachable. His drive is famously relentless. (Sometimes a bit too relentless: see his recently announced presidential bid, of the extremely ill-advised variety, for further proof.) So it’s little surprise that while he was dropping genre-defining albums and gradually building a billion-dollar sneaker business, he was able to maintain a side hustle as the most influential figure in modern menswear, full stop.

For a period of time starting in the early 2010s, whatever Kanye wore was sacrosanct—his outfits downloaded and saved into thousands of desktop folders around the world, to be dissected in detail by hordes of frenzied followers—and over the last decade his sway has only slightly abated. (If you’re a fashion-forward dude and curious about the origins of any given item in your closet, chances are Kanye had a hand in popularizing some version of it, more often than not a few years before the style hit the mainstream.) So sure, it’s easy to write off some of Kanye’s more out-there claims as typically second-to-none displays of pure braggadocio, but when it comes to the role he’s played in shaping the look of modern menswear, it really is hard to overstate his influence.

Today, with so many of his closest collaborators now comfortably ensconced in the fashion firmament, West’s influence might be less visible but remains no less prevalent. Thankfully for us, the primary perk of being one of the most famous people in the world is that there’s always someone around to document your fits (even, unfortunately, when you don’t want ’em to). And in Kanye’s case that means a veritable treasure trove of photo evidence testifying to his influence, via after —after —of his every internet-shattering outfit.

And if you’ve been feeling conflicted about his recent turn as a born-again Republican billionaire (with the outlandish opinions to back it up) there’s some comfort to be had in tuning out the noise and focusing on the man’s many, many memorable fits. Because no matter what Ye decides to do next, we’ll always have his outfits, and now seems a particularly apt time to look back at some of his best.

The makings of Kanye’s modern-era signature style begin to emerge.

Delivering one of the greatest live performances of all time in a blouse from Phoebe Philo’s Celine.

At the CFDA Awards, American fashion’s swankiest event, Kanye came through looking like he knew he belonged.

An early look at the soon-to-be-shelved Air Yeezy 2s. (Featuring a guest appearance from H&M’s collaboration with Versace. Ahhh, were we ever so young?!)

The leather skirt (or was it a kilt?) seen, and debated, around the world.

A masterclass in reverse layering of the man who practically invented the move.

The look that singlehandedly convinced every teen at the time to suck it up and invest in a pair of Bred 1s.

Making a Rick Owens DRKSHDW parka and fringed Visvim FBTs look like the most natural fit in the world.

A look that foretold our current infatuation with the functionality of the handkerchief (though, perhaps, with less practical intentions in mind).

In a Dries Van Noten coat so nice it looks downright kingly.

(Bonus points if you rock the top half of said sweatsuit, like, every other day for the rest of the year.)

In the now-infamous Raf Simons bomber Ye put on the map in a big way.

In a Vetements sweatshirt Kanye rocked with a steadfast resoluteness for, like, three months straight.

Expertly executed monochromatic dressing, made all the better by the type of proportion play Kanye popularized.

Fifty Shades of Beige. (A book I’d read in a heartbeat!)

Repurposed military-inspired gear worn with an oversized flannel and a faded vintage tee (with some very rare sneakers thrown in for good measure)? Another signature style emerges.

Don’t get it twisted: Kanye still knows his way around some extremely sharp suiting.

A true return to form.

A (big) Met Gala fit for the fucking books.

Still one of the best vintage bombers I’ve ever seen.

All-white athleisure worn as it should be: with subtle hints of gold and some pants that don’t look like they’re made entirely out of spandex.

Kanye in a standout Dries tee and some absolutely shredded jeans from Jerry Lorenzo’s fourth collection for Fear of God.

The beginnings of a long and fruitful relationship with hard-wearing American workwear (and a signature pant-tuck tic that—to this day—only Ye can pull off).

A meeting of the minds I’d give anything to get in on.

An absolute unit of a coat of one of Yeezy’s earliest collections.

Moments before arriving at a show that culminated in The Hug that melted hearts around the world.

A cropped, boxy tee, ultra-practical, utilitarian pants, and some hard-worn Yeezy boots: Yet another signature style emerges. (Peep Tremaine Emory, of Denim Tears fame, in the back with the equally big fit.)

It takes a lot to get Ye into some old-school tailoring these days. Ralph Lauren’s 50th anniversary bash clearly makes the cut.

And when Kanye suits up, he almost always comes correct. *Chef’s kiss*

In a faded RRL jean jacket and some simple, unassuming sweats (topped off with some flashy designer shades and a clean pair of Yeezys), Ye models the mix of high-low references that remain his lodestars when it comes to getting dressed.

A big-ass coat and super study boots: twin pillars of Kanye’s personal style throughout the years.

A cheerful Kanye out and about in NYC (with Virgil Abloh by his side), showing love for another one of his close friends in the Denim Tears x Levi’s collaboration and some corduroy Kapital pants.

Showing up (and showing out!) in an updated take on the double-breasted blazer from British heritage label Dunhill.

Making a baseball shirt look like an absolutely luxurious necessity. Not an easy task, but executed effortlessly.

Dressed-up workwear classics, done the way only Ye can do it.