Home Culture Mike Skinner: ‘I can enjoy the past more knowing I have something... 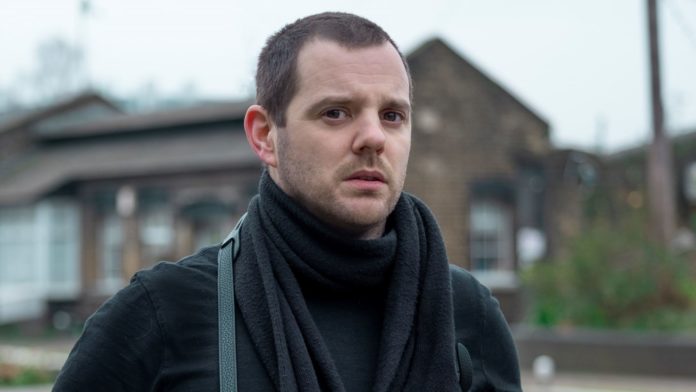 “It felt a little bit like just pure nostalgia, which is enjoyable but it’s also a bit worrying,” says Mike Skinner, thoughtfully. “I think no one wants to totally dwell on the past.”

The musician, producer, songwriter, DJ, rapper and modern-day bard best known as The Streets is talking about the comeback gigs that started in 2018, seven years after – jaded with it all – he quietly announced he was calling it a day.

Much as he enjoyed the shows, the rowdiness of sold-out venues, and the goosebumps of the strings at the start of Turn The Page opening to crowds once again, Skinner has always – to nick his own song title – wanted to push things forward.

Now, he’s back with new music, a mixtape of collaborations called None Of Us Are Getting Out Of This Life Alive.

The first Streets release in nine years, and their sixth album, it features duets with a range of different artists Skinner is excited by, from Idles to Tame Impala.

With new music made, the 41-year-old is much more comfortable in his Streets skin once again.

“I’m enjoying it more now [the album is here]. I feel like because I’ve made a few songs that have done well, that are good Streets songs… The comeback shows were amazing but tinged with a little bit of like, the kind of need to get something to happen, really,” he says.

“I’ve massively relaxed since something’s happened. And I think I can probably enjoy the past a bit more knowing that I’ve got something that people want to hear now.”

Skinner is chatting to Sky News from his home in London on Zoom, the virtual reality where, due to the coronavirus pandemic, a huge chunk of the world’s interactions have been taking place.

After what was dubbed “Super Saturday“, the day of lockdown easing in England, did he take advantage and go to the pub for his first draught pint?

“No, I went to a restaurant with some friends and it felt quite exciting. They had that thing that tests your temperature on the way in… I was thirty-six-and-a-half degrees. I think that’s good, isn’t it? It was green. So yeah, we went for dinner. Felt a bit tired. I don’t think I’ve got the stamina for being out like I did, but I’m sure it’ll come back.”

It wasn’t a late night.

“Somehow going on to a nightclub didn’t quite feel like… well, that would probably be illegal.”

Skinner grins: “And I never break the law.”

After almost 10 years behind the decks “playing other people’s music” and other side projects, this is a new chapter for The Streets.

New singles I Wish You Loved You As Much As You Love Him, featuring Donae’o and Greentea Peng, and Call My Phone Thinking I’m Doing Nothing Better, featuring Tame Impala, are out now.

As always, the tracks are peppered with the clever observations that meant there was always more to his music than noughties laddishness.

Making rap more relatable, Skinner might have told stories of booze, drugs and “birds, not b*tches” in his soft Brummie twang, but he also penned songs about grief and suicide, and made it all right for young men to show their feelings with 2004’s number one, Dry Your Eyes.

Skinner says that for his latest work, he wanted to collaborate with interesting artists who were also interested in working with him: “The Venn diagram had to cross.”

He continues: “At this point in my life, I think it’s important to not be following the script because you can end up, without knowing it, you sort of end up with a with a bit of a formula, which is all your prejudices and likes that are kind of repeated, to boring results.”

The news headlines of 2020 dominate the two videos.

I Wish You Loved You…, created entirely in lockdown – “it ended up being all built in VFX basically and that was my new skill that I learnt [in lockdown]; I didn’t learn the clarinet or read War And Peace, I learnt how to make a video without leaving my living room” – is filled with references to the Black Lives Matter protests which have been happening around the world.

Call My Phone, edited in lockdown, makes references to social distancing and communication. Phones and technology feature heavily throughout the album. “You know I’d give you my kidney/ Just don’t ever take my charger,” Skinner wryly raps in the song.

“I’ve always wanted to use those things in the stories that I tell… I’m less about abstract things and more about real things,” he says. “So, yeah, the real things nowadays are phones. The soap opera of life happens on WhatsApp, doesn’t it, now.”

This is the world now, says Skinner. “Everything we do was new at some point, and I think, to think about it as being somehow, like not real life, because we’ve only just started doing it… future generations will probably exist entirely inside of a simulated world. Maybe we already are.”

None Of Us Are Getting Out Of This Life Alive is actually his second comeback Streets album, the first – a soundtrack to a film in the making which he has been working on in some shape or form for years – yet to be released.

He stopped The Streets, he says, because he wanted to make the film, but then, somehow, it also became the reason he wanted to restart again.

“I don’t really have any idea what I’m doing, really,” he says. “And as I get more experienced I don’t even try and explain away what I’m doing. I had no desire to do [The Streets] until the songs just kind of wrote themselves. It’s a good feeling when the songs write themselves, it makes you happy. So, so happy. And the opposite end of that is bad.”

I ask if it was The Streets or fame he fell out of love with, but he’s quick to stop me.

“I wasn’t famous or I definitely wasn’t really at the end, but… it just starts to feel like…

“It’s very simple, I think; you just become tired, your brain just is like, you don’t have anything that pops out at you. You don’t think, ‘oh, that’s a good idea’. You just don’t have that feeling. You just have, is that a good idea?

“But when it’s working really well… You just have a feeling of like, I can do this. And I think being in nightclubs, playing other people’s music for 10 years, you… I guess you’re listening. You’re listening to [music], you’re seeing what it means to people.

When he was young, in his early 20s, is when Skinner released Original Pirate Material, the era-defining album that merged garage and rap and ska with his everyman speaking style and authentically British social commentary.

While the world is very used to his voice now, it was very different back then. I wonder how confident he was knowing that it would work.

“I probably just thought that there was something missing from what I was listening to, but I was young, I was arrogant,” he says. “You think that everything that you do is what the world needs to hear somehow, and that carries you a long way.

“I definitely thought there was something missing in the world, and that was rap music that is British. And I was probably right.”

He pauses. “Sometimes the ideas that you think are good ideas are actually good ideas.”

Platinum sales and a Mercury Prize nomination suggest it was definitely a good idea.

Skinner says he listened to the album in full for the first time since he made it earlier this year, when he took part in one of The Charlatans frontman Tim Burgess’s now famous nightly Twitter listening parties.

“Obviously, I’ve been performing some of the songs on [Original Pirate Material] so I know them in that way, but it’s not the same as listening to it,” he says. “I found it really interesting. It was almost like stepping back into who I was a long time ago, and I… there were things that I’d forgotten. But it felt quite self-indulgent and I try not to be self-indulgent.”

During the Twitter party, he posted about taking the bus to the Mercury Prize awards. Would that happen now?

He says it could, although he wouldn’t post about it. But social media, he says, perhaps surprisingly, has made things “actually more rock’n’roll now”.

How so? “It’s made things much more… well, much less them and us, I think.”

Skinner has witnessed the takeover of technology from the stage, with fans now filming from the crowd, but says it doesn’t bother him.

“I don’t see it as being any different, really. People have always wanted to show off about where they are. You know, they post pictures on Instagram now from the bathroom of a nice restaurant or they take photos of the show that they’ve been to. But it doesn’t mean they’re not having fun, I don’t think. Or else they just wouldn’t go out.

Instead, while actual live shows are impossible to put on as they once were due to the pandemic, The Streets is one of a number of acts taking part in drive-in gigs. Which is perfect for Skinner, who likes to have something to talk about on stage.

“The thing I don’t like is if you come out and it feels a bit like it did last night and that’s when you start to say, you know, ‘Hello, Guildford, you know, you’re the best audience we’ve ever had’. So, yeah, I definitely will have lots of stuff to talk about. I just need to work on my bonnet surfing.”

Before he goes, I want to know, as someone so celebrated for his clever observational lines, which of his lyrics and tracks Skinner is most proud of.

He takes a few seconds to think.

“Well, I did a song called Never Went To Church, which is about my dad who passed away, and I’m really proud of that. It was hard making that song and I actually think it’s quite good.

“I did another one called On The Edge Of A Cliff, actually, about a guy considering suicide, which feels relevant somehow. Yeah…”

He tails off before adding: “There’s not many of my songs that I’m really proud of, but some of them I am.”

None Of Us Are Getting Out Of This Life Alive, the new mixtape album by The Streets, is out now