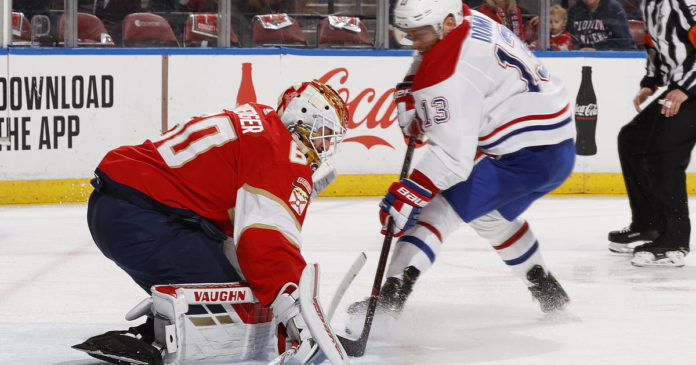 Hockey became the latest sport to finalize a return during a global pandemic after NHL owners and players approved an agreement Friday to resume the season — and with it, an assurance of labor peace through September 2026.

Games are scheduled to begin August 1 in Toronto and in Edmonton, Alberta, with coronavirus cases in the U.S. pushing the league into Canada for the summer and fall until the Stanley Cup is awarded in late September or early October.

Training camps open across North America on Monday, which is also the deadline for players to opt out of participating with no penalty.

The return-to-play plan, tentatively approved by the NHL and NHL Players’ Association on Monday, was ratified by the league’s board of governors and with majority approval from players following a three-day voting period, ending Friday. Along with it, the two sides also formally approved a four-year extension of the collective bargaining agreement.

“This agreement is a meaningful step forward for the players and owners, and for our game, in a difficult and uncertain time,” NHLPA executive director Don Fehr said. “We are pleased to be able to bring NHL hockey back to the fans.”

The NHL will return with an expanded 24-team playoff format, but there will be no fans. There will be between five and six games a day at the start — up to three at each site, which will be heavily cordoned off from the public.

And for the first time in league history, there will be an unusual final four in Edmonton to settle a championship later than ever before with ramifications pushing back the start of next season to December or even as late as January.

Still, hockey is preparing to go on in a year that has upended life for millions, and sports along with it. Only twice since 1893 has the Cup not been awarded: in 1919, when the final couldn’t be completed because of the Spanish flu pandemic, and in 2005 when the season was wiped out by a lockout.

“While we have all worked very hard to try to address the risks of COVID-19, we know that health and safety are and will continue to be our priorities,” Commissioner Gary Bettman said. “We know that all of our fans are excited about our return to the ice next month, and that has been our goal since we paused our season on March 12.”

Even so, the NHL is being cautious in its return with Toronto and Edmonton to serve as hub cities through the qualifying and first two rounds of the playoffs. The 12 Eastern Conference teams will play in Toronto and the 12 West teams in Edmonton, with home-rink advantages for the Maple Leafs and Oilers conceded in a nod to television preferences.

The top four teams in each conference — Boston, Tampa Bay, Washington and Philadelphia in the East, and St. Louis, Colorado, Vegas and Dallas in the West — automatically advance to the field of 16 and will play separate round-robin tournaments to determine seeding.

The preliminary round will feature 52 games played through the first nine days before teams will get a break on Aug. 10, when the NHL will hold the second phase of its draft lottery. Each of the eight eliminated teams will have an equal chance of winning the No. 1 pick, after the first phase of the draft lottery left the choice undetermined.

The NHL draft has been tentatively set for October 9 and 10 and will likely be held by phone rather than in a traditional arena setting.

Players have been able to skate and train off-ice in voluntary, small-group workouts since June 8. The league has reported 35 players testing positive since that point, though the hope is that number will hit zero once teams are scheduled to travel to their respective hubs on July 26.

Teams will be quarantined from families and the general public during play at least for the qualifying and first two traditional playoff rounds.