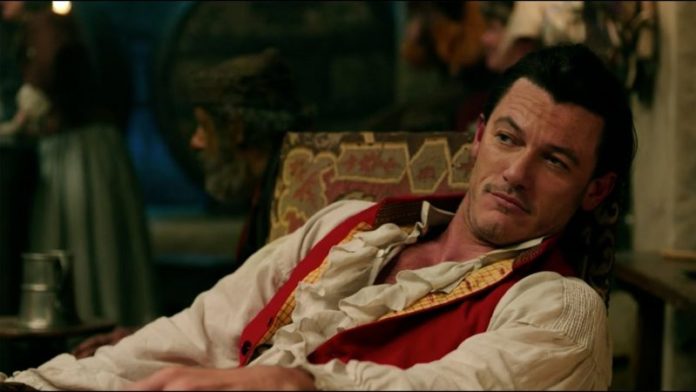 Last March, it was announced that Disney+ was developing an untitled Beauty and the Beast prequel series which will center around Gaston and LeFou with Luke Evans (The Hobbit trilogy) and Josh Gad (Frozen) attached to reprise their villain roles from the 2017 live-action film. In a recent interview with Collider, Evans has finally opened up about the project by revealing the status of the series’ current development, while also confirming that scripts for some episodes have already been completed as well as some new music from award-winning composer Alan Menken.

“Now, we’re in fully fledged development. The second and third episodes have been written and we’ve heard some of the music by Alan Menken,” Evans said. “We’re just so honored to have him on board, writing the music, which is extraordinary, in itself. We feel so lucky to have this talented group of people creating a story about two much loved and much hated characters, but that’s the excitement. There are a lot of questions about, where we will start? What we will tell? Who are these people? When you visit them, where will they be? So, it’s going to be a really fun experience. Me and Josh are literally vibrating with excitement to shoot it.”

In addition, he also shared that the idea for a Gaston and Lefou series came from his and Gad’s desire to be able to work together again. Following their stint on Beauty and the Beast, the duo tried for a long time to search for other projects they could work on. “In the back of our minds, we definitely had thoughts about revisiting Gaston and LeFou in a different story, obviously. So, when the idea really came to fruition and we got on board some incredible writers, and Josh, especially, had an incredible idea that, once it was born, it just flew itself. And when we pitched the idea to Disney+, they were very excited about it.”

The series, which is being penned by Once Upon a Time creators Eddy Kitsis and Adam Horowitz, will be a six-episode limited series musical event with composer Alan Menken also in talks to return to craft music for the series. The project is currently in early development, with no other stars currently attached, but sources are reporting that there is a possibility they could appear in guest spots.

Horowitz and Kitsis are going to partner with Gad to serve as showrunners on the series, with the trio writing all six scripts and executive producing alongside Evans, while ABC Signature Studios is funding the project.

This prequel series will mark the second extension from a live-action Disney remake for the streaming service as a spin-off film focusing on Billy Magnussen’s Prince Anders from last year’s Aladdin is currently in development, while reboots of The Mighty Ducks and Tucker and Hooch are also in development.

Bill Condon’s Beauty and the Beast hit theaters in March 2017 to generally positive reviews from critics and audiences, who praised the visual effects and faithfulness to the original while also receiving some criticisms for its lack of doing anything new with the material. It went on to be a major box office success, grossing over $1.25 billion worldwide on a production budget estimated between $160-255 million.