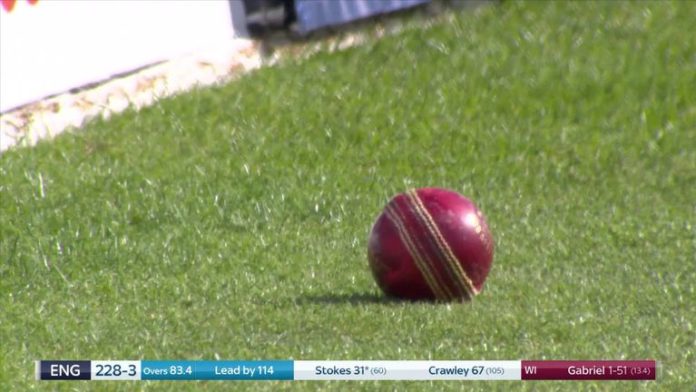 Watch the video below as Athers and Keysy pick out the good, the bad and the ugly from the return of recreational cricket across the country

Local cricketers across England got their long-awaited return to the field on Saturday as the coronavirus restrictions were lifted on the grassroots game.

And to celebrate recreational cricket’s return, Sky Sports‘ Michael Atherton and Rob Key took to Twitter during day four of the first Test between England and the West Indies to give a few shout-outs to the club cricketers back in action up and down the country.

It was a mixed bag; while there was plenty of talent seemingly on show, there were also one or two dodgy cricketing comebacks. We’ve picked out the best and worst of the bunch…

@SkyCricket Shoutout Palmers CC, Hove who are playing a 45 over club v club game… with the rugby posts still up on the pitch!

There was the good…

@SkyCricket please can you give Matt Roberts a shout-out for an excellent 5-29 & 83 not out for Wealdstone Corinthians 4’s today.

@SkyCricket David Foster, Mayford CC out for 21 off 8 but included a six smashing his own car windscreen.

@Athersmike @SkyCricket Cronkbourne Social 3rd team XI of the Isle of Man returned today. Tom Gerrard out for 99 with Declan Horrox picking up a first ball of the season duck!

@SkyCricket bowler took the middle stump whilst I was on 99, Old Wandsworthonians. Furious

And the just plain ugly…

@SkyCricket Club Captain Frankie Pankhurst of Burley CC 2nds was so excited to return to cricket he demanded he opened the batting (Normally bats 6th). Frankie fell over running between the wicket and was ran out before facing a ball.

There were some contrasting hat-trick tales…

@SkyCricket big win for Winsford Cricket Club today. 162 not out from Lee Ward and a Hatrick for my son Sam Burgess with the ball.

@SkyCricket Isaac Robinson was on a hat-trick ball, then got smashed for consecutive sixes today whilst playing for Jesmond Cricket Club

Some young guns got in on the action…

@SkyCricket Athers give my lad a shout(@JackRic92272215) he got a hat trick for the 1st team of @DenbyCC in Derbyshire.

@SkyCricket Sean Clubb playing for Scarborough cricket club hit 150 off 90, including 10 sixes. Not a bad knock for a 17 year old!

@skycricket shout out to Oliver Pascall who got his first 100 in men’s cricket for Walton on Thames Cricket Club today aged 14.

And some success for the older gentlemen…

@SkyCricket to let you know that Bernie Freedman will be playing for Epping Foresters today at the age of 82! Has been a regular for over 30 years. He has more energy than me (his son-in-law). Lee

@Athersmike @SkyCricket My good friend Andy Beacher scores his first ever century today at the age of 46…. 127 off 99 balls….. almost run out on 99 but bowler knocked the bails off with his arm first

And, as for Athers, he fell foul to a Twitter stitch-up, leading to much laughter in the commentary box…