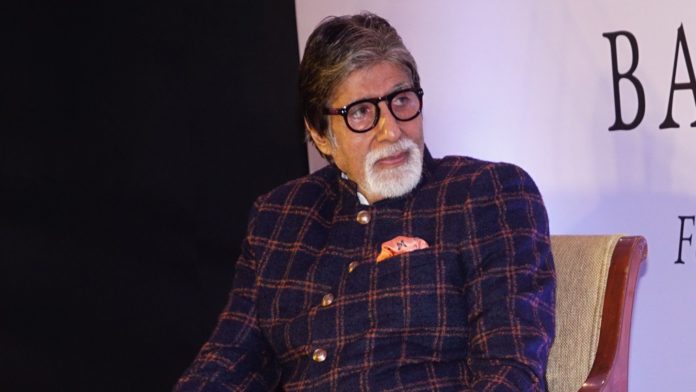 Bollywood star Amitabh Bachchan and his son have been admitted to hospital with coronavirus.

Bachchan, who is India’s most famous film star, said he had been “shifted to hospital” after contracting the virus.

“All that have been in close proximity to me in the last 10 days are requested to please get themselves tested.”

Within minutes of his tweet, his son Abhishek, also an actor, said he too had contracted the virus. He was also admitted the Nanavati Hospital in Mumbai.

Local reports say both men have a cough and fever.

Abhishek said both he and his father have “mild symptoms”, and called on their millions of fans not to panic.

Bachchan – who previously appeared in a public health advert in India urging people to take the virus seriously – is understood to be in an isolation unit.

Following their admission to hospital, health officials have confirmed that both father and son are in a stable condition.

It’s not yet known whether Bachchan and Abhishek’s actress wives – Jaya and Aishwarya, who are also big stars in India – have contracted the virus.

Bachchan’s luxury home is now being sanitised, and his cars have been spayed with disinfectant.

Despite the Bollywood film industry recently returned to filming after months of lockdown, Bachchan has been unable to return to set due to his age.

With more than 180 films under his belt, the septuagenarian is considered Bollywood royalty and has previously been named among the highest paid actors in the world on Forbes’ rich list.

In 2015, Bachchan attended the official unveiling of a statue of Mahatma Gandhi in London’s Parliament Square with then-prime minister David Cameron.

India is struggling to deal with the coronavirus pandemic, passing Russia on Monday to record the third highest number of coronavirus cases in the world after the US and Brazil.

Following the spike, several states brought back lockdowns, including the country’s most populous state of Uttar Pradesh, home to more than 230 million people.