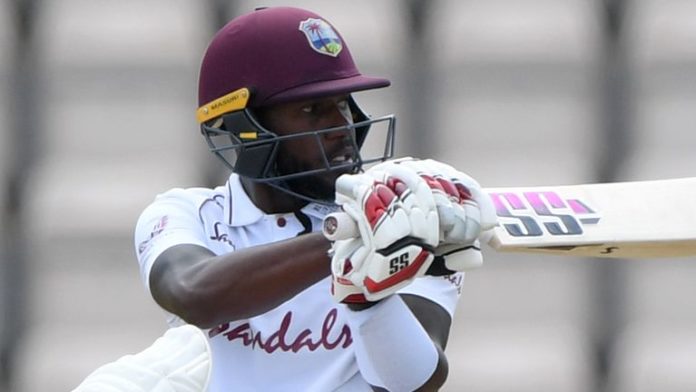 The West Indies chased down England’s target of 200 on the fifth day at The Ageas Bowl, winning by four wickets to take a 1-0 lead in the three-match series.

The global Covid-19 pandemic delayed this series (and worldwide sport generally), while some powerful support of the Black Lives Matter message served as a backdrop for the first Test, and Sammy feels it lit a spark under the touring side.

“When you have a movement for black lives, and you have a black team come to England – with everything that’s going on – that creates extra motivation,” Sammy said on the latest episode of The Cricket Debate – which you can listen to as a podcast in the player below.

“You heard Jason Holder say that listening to Mikey (Holding), he felt it in his veins.

“And the decision to come over to England and play – there is something special about playing in England that sees West Indians want to rise, and get extra motivated.

“The whole scenario of this Test match, the significance of cricket being back, what it meant to see a black team on TV after this time where sport has not been played, that provided extra motivation for the West Indies.”

Also discussed on The Cricket Debate:

– Get the thoughts of Blackwood, Ben Stokes, Jason Holder and Shannon Gabriel

– Did England get their team selection and decision to bat first wrong?

– How will both teams line-up for the second Test? Will Stuart Broad be back?