Home Sport Hussain: England fluffed their lines with the bat 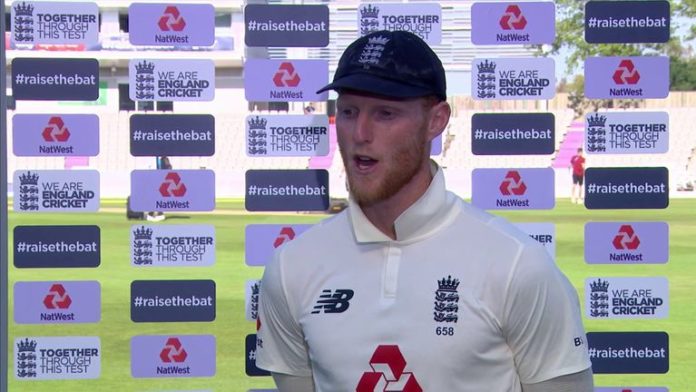 “Often a side mirrors a captain and West Indies mirror their impressive captain. They deserved to win, they played exceptional cricket.”

England’s batting was a bigger issue than Ben Stokes’ decisions as they lost the first Test to an “exceptional” West Indies, says Nasser Hussain.

Stokes, standing in as captain for Joe Root in Southampton, opted to bat first in drizzly conditions and also left seamer Stuart Broad out of his first home Test since 2012.

England were rolled for 204 in their first innings and went on to lose by four wickets as West Indies chased down 200 on the final day to take a 1-0 lead in the three-match #raisethebat series.

The hosts must now win the second and third Tests at Emirates Old Trafford to regain the Wisden Trophy with West Indies holding the silverware after their 2-1 victory in the Caribbean in early 2019.

“Let’s not get lost with the Broad issue or the toss issue. England having batted first were bowled out for 204 – that is still their nemesis,” said Hussain, who added that he would retain Zak Crawley, who top-scored for England with 76, and drop Joe Denly to accommodate Root’s return.

“They did well in South Africa, but in England, against the Dukes ball, they often find themselves 20-3, 30-3, and without Root in the side this week that was a nightmare. That is still the issue for England.

“They are going to a good surface at Old Trafford. Root is back and they have to bat like they did in South Africa this winter and at points in New Zealand. Not by being 204 all out.

“Sometimes as a captain you have to say ‘I back my side to get 300 on this’ but England fluffed their lines again with the bat after winning the toss.

“I would have Crawley at three, not just because of his runs and improvement but also his tempo. I sometimes look at the top three of Dom Sibley, Rory Burns and Denly and they are a bit one-tempo.

“Denly hasn’t been a disaster – he has won games for England, been very consistent, been a stop-gap but I think it is time to move on with youth.”

Hussain did say, though, that he was surprised Broad was omitted from the starting line-up.

Broad took 23 wickets at an average under 27 at home against Australia last summer, while he claimed 14 at 19.42 as England won 3-1 in South Africa over the winter.

“All I would say about Broad is that if this had been the first Test of an Ashes series, would he have been playing. I would say, yes, 100 per cent? So why wasn’t he playing against the West Indies?

“Was it because we underestimated West Indies and took them lightly? They hold the Wisden Trophy – we have underestimated them in the past and they have beaten us, so why do it here?

“Was it because they couldn’t choose between Wood and Archer and so split up Broad and [Jimmy] Anderson and said ‘look to the future’?

“Look to the now. Win this game. It’s a three-match series and you don’t hold the Wisden Trophy.

“I hope they don’t think ‘two wrongs make a right – Broad has had a bit of moan, maybe he should have played’. Don’t go on the press, go on what you think for the next Test.

“The good thing for England is that the back-up bowling – Broad and [Chris] Woakes are in reserve at the moment – has experience and a huge amount of skill and as we get to the second and third Tests that might have bearing on this series.”

Jermaine Blackwood’s 95 underpinned West Indies’ successful chase of 200 on day five at The Ageas Bowl as the tourists won just their second Test away from home since beating England at Headingley in 2017.

Skipper Jason Holder picked up six wickets in England’s first innings, while Shannon Gabriel bagged nine wickets in the match, including two on the evening of day four as the hosts lost 5-30 to hand control back to Holder’s men.

Hussain added: “It’s great for West Indies on so many different levels. They deserve it for coming over to England [amid the coronavirus pandemic] and doing what they have had to – quarantine at Emirates Old Trafford and then come to the Ageas Bowl and be in a bubble.

“Winning like that was absolutely phenomenal – and that’s why it was an important win. Imagine doing all that and then losing after bossing this game. They would then have driven up to Manchester thinking ‘we have done all the right things and we are 1-0 down’.

“They will now think ‘our country are very proud of us and we are one win away from retaining the Wisden Trophy’. It will mean a lot to a lot of West Indians watching back at home.

“Often a side mirrors a captain and this West Indies side mirror their impressive captain.

“He called for discipline and he got discipline with the ball. He said get us a par score with the bat as we have the bowling attack and they did that. They deserved to win, they played exceptional cricket.

“They hadn’t played for six months, only had two warm-up games, but Gabriel had the fitness to bowl the match-turning spell on day four. It was quite brilliant.”