Home Sport What now for Ferrari after ‘very painful’ crash? 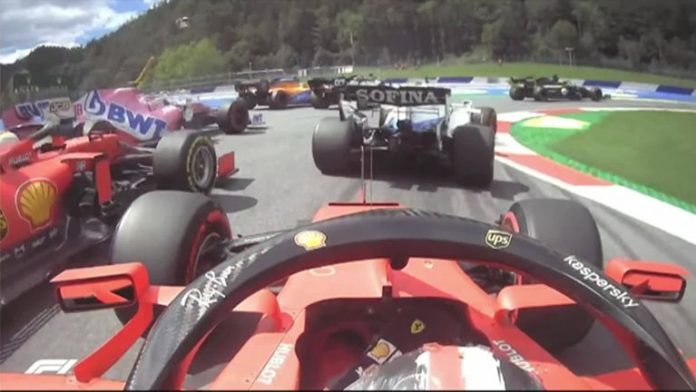 Ferrari have a “long road ahead of them” after a “weekend to forget” at the Styrian GP, according to Ross Brawn – while current team boss Mattia Binotto admitted their crash and double retirement was “very painful”.

The Scuderia’s poor start to Formula 2020 hit a new low on Sunday as Charles Leclerc shunted into Sebastian Vettel after just three corners of the second Austria race, resulting in terminal damage on both cars.

Brawn, the former Ferrari team principal and F1’s current managing director of motorsports, had his say on the incident in his post-race column.

“The Styrian Grand Prix was another sensational racing spectacle with battles throughout the field – but it was a race weekend to forget for Ferrari, with their drivers committing a cardinal sin by colliding and forcing both cars out of the race in the opening laps,” said Brawn.

“As a team boss, you never want to see that happen, but this will hurt Ferrari even more given they had worked hard to bring their upgraded aerodynamic package to Austria a week ahead of schedule – and the collision between Vettel and Leclerc has robbed them of a chance to analyse the new package.”

Brawn added that “Charles was very good in accepting the blame for the accident but it doesn’t help”, with pressure mounting on Binotto and his team to rebound and find pace with their under-performing 2020 car.

“One of the biggest problems for Ferrari is that of all the teams on the grid, they come under the closest scrutiny from the media, particularly in Italy,” explained Brawn. “I know from my own experience that the media pressure in Italy can be incredibly intense, and you have to make sure it doesn’t get to your people.

“The management have to cope with it and make sure the staff maintain the faith and stay focused on what needs to be done. They aren’t going to turn it around overnight, and there’s a long road ahead of them. They need to find out if there is a fundamental problem with the car – and they need to find out fast – because clearly they are some way off the pace.”

Ferrari, while securing a podium in the opening race, haven’t qualified higher than seventh on the grid. The season continues with the Hungarian GP this weekend on Sky Sports F1.

Binotto refused to publicly slam either of his drivers, instead aiming to stay positives and hope the “difficult moments bring the best in people”.

“It is painful, very painful, to see both our cars back in the garage after just a couple of laps,” admitted Binotto, who is in his second season as Ferrari team boss.

“Incidents like this can always happen when you start in the middle of the pack and it’s pointless to apportion blame. It’s the worst possible end to a weekend that was already very disappointing.

“It’s true we took no real part in the race, but we can’t hide behind the collision that eliminated both cars. However, now is not the time for accusations. Instead, we must just get on with our work. Difficult moments can bring out the best in people and I’m sure that will be the case now. “