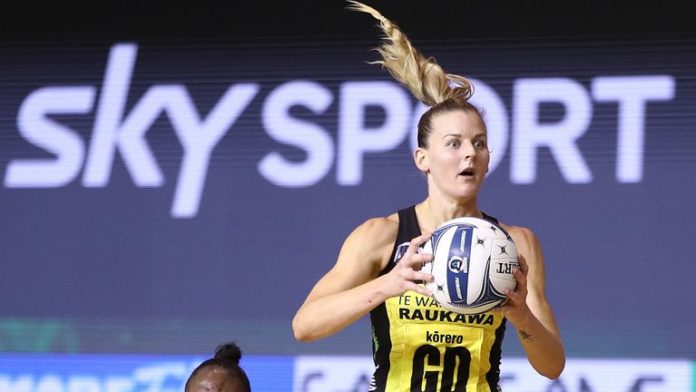 Coverage of Round Six starts on Friday at 8am, with the Mystics meeting the Stars live on Sky Sports Main Event and Mix

Round Five of the ANZ Premiership produced some of the closest matches of the season and included the competition’s second draw.

With 17 matches having taken place since the league’s resumption after an enforced break due to COVID-19, all of the franchises are firmly into their stride but the defending champions are the only ones to remain unbeaten.

A three-goal victory in Round Five ensured that Yvette McCausland-Durie’s outfit maintained their unblemished copybook, but they have a testing weekend on the way in Round Six.

The Pulse will play back-to-back matches against the Mystics and the Tactix on Saturday and Sunday and once again, the round will feature four teams playing two matches over the course of the weekend.

As was the case in Round Four, the Pulse were pushed all the way by the Steel in a pulsating fixture that started Round Five on Friday.

As the full-time whistle approached, McCausland-Durie’s players led by two goals. The Steel had their chances to create an upset however, they weren’t able to convert through to goal and a nasty injury to Jennifer O’Connell erased their final chance with a minute to go.

O’Connell went down hard and instantly looked in serious pain. After a lengthy period being attended to by the medical team at Auckland’s Netball Centre, the shooter was stretched off the court and the final 55 seconds were played out.

The Steel were understandably shaken by O’Connell’s injury, and despite winning the final 12 minutes by a single goal, ran out of time to cause a big upset.

On Saturday, the Stars finished strongly against a gallant Steel outfit to secure the first of their two Round Five victories.

Not for the first (or last) time this season, Maia Wilson proved to be vital for the Stars rock; the Silver Fern finished the match having scored 36 of her 39 attempts at goal.

At the other end, the Steel’s shooting circle comprised of newer faces after O’Connell’s injury, and that of Georgia Heffernan in Round Three. Kiana Pelasio was promoted from being a training partner to a starter and Grace Namana flew in the morning of the match.

And Stars restrict Steel to just 4 goals in the last Q! They wanted to finish strong after last weeks draw vs Magic and they sure did! Credit to Steel, 2 new shooters drafted in due to injuries, with 1 flying in this morning! McCollin 92% 👏🏾@SkyNetball @ANZPremiership pic.twitter.com/q7DMmPptc9

The changes forced Kalifa McCollin to step up into the role of their main shooter, something she’ll need to get used to now this season.

As a franchise, they’re known for their heart, but managing such a disrupted line-up is a challenge for any team. They know that it will take them a little more time to re-group after such unfortunate luck with injuries.

In the Stars’ second match of the weekend, Oceane Maihi made her presence known as they came from behind in order to take the spoils against the Magic.

After sharing the points last weekend, the Stars started strongly and pressed out into a 23-18 lead at half-time.

However, the Magic completely dominated the third set of 12 minutes and won it 18-10. Holly Fowler gained key rebounds out the back and Whitney Souness took the lions’ share of the feeding up front.

The result was a 36-33 lead going into the last, but the Stars took advantage of their opponent’s high penalty to help turn the table. The Stars gained vital intercepts too, including the match-winner from Maihi, and breathed a sigh of relief after the full-time whistle.

ANZ Premiership Fixtures – Round Six [All live on Sky Sports]

The second Sunday fixture was a drama-filled contest between the Tactix and the Mystics, and one that ended with Saviour Tui being beaten by the buzzer.

The Mystics scored the last five goals of the contest but just didn’t have time to secure the draw and share the points with the Tactix.

The match commenced with a surprise move by coach Helene Wilson; shooter Grace Nweke was left on the bench meaning that Tui and Asher Grapes started out on court together for the first time this season.

The Tactix’s key duo of Jane Watson and Temalisi Fakahokotau eagerly picked off ball against them but the Tactix only led by 8-6 at the first pause and 20-19 at half-time. It remained tight going into the final change of ends.

Both sides had fourth-quarter surges and ultimately the Tactix’s enabled them to build up enough of a cushion in order to resist the Mystics’ final attack which took the form of four quick goals from Nweke and one from Tui, before she was beaten by the whistle.

41-40 tactix take it but what an ending. Amazing how much that game swung. Poi, Pederson, toeava and Earle are going to have look at how they can control the game for their teams when under so much defensive pressure. As defences were on 🔥 loved it. Thanks @SkyNetball

After sharing the spoils with the Magic on Monday, the Tactix’s captain Jane Watson expressed her disappointment that her side weren’t able to take more from the match.

♥️ … and we loved Sam Winders post-match interview. Elite netballers having a ball on court – great to see. pic.twitter.com/0iX8Axv7nn

Both the Tactix and Magic arrived off the back of draining encounters, having each already taken to court in Round Five. The fitness of all players showed, as neither team looked tired, and both kept the pace extremely high throughout.

Once again, the Magic’s captain Sam Winders, left her heart and soul out on court and her duel with Kimiora Poi at Centre was fascinating before she moved back to WD.

Despite securing the middle two quarters, the Magic struggled to contain their opponents’ midway through the final quarter. They conceded a run that took the Tactix 41-40 ahead but worked hard to level things back with two minutes to go and when it came to the final seconds, they deserved to share the points.