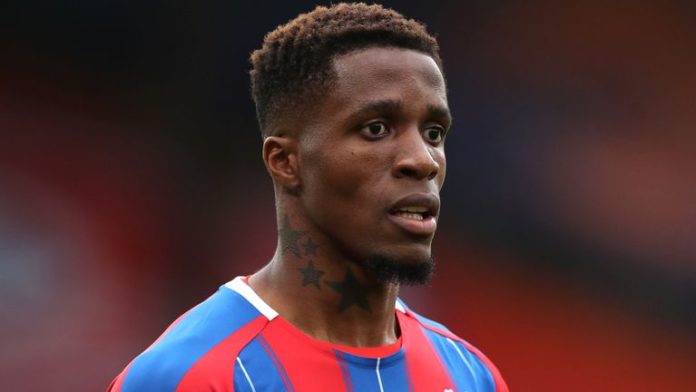 Educational charity Show Racism The Red Card: “We think football is a great way of engaging with young people and changing attitudes”

Stars from Liverpool, Everton and Leicester City are set to feature in a new video focusing on the Black Lives Matter message.

It has been produced by Show Racism the Red Card – an educational charity that aims to eradicate abuse within football.

McGoldrick, who was referred to as an “ape”, captioned his post “2020 and this is life”. Meanwhile, West Midlands Police have now arrested a 12-year-old boy in connection with the alleged abuse of Zaha.

The Premier League recently launched a reporting system for players, managers and their families to help fight discrimination received on social media.

Each case is reviewed and reported to the relevant social media company and legal action can be taken when necessary, and it is part of a drive to fight racism in football, with the Premier League, FA and various charities also running educational programmes.

Jamaican-born former footballer Luther Blissett played for England, Watford and AC Milan in the 1970s and 80s, and experienced terrible abuse himself, once receiving a bullet cartridge through the post. He believes things have improved over the years but more needs to be done.

“What they have now is a voice because of people like myself and players before me, that have gone out there and suffered the abuse and all that went with it, and turned it around, so that there is now an acceptance,” he told Sky Sports News.

“So you’re now in a position where you can say something about it, without it being turned against you. In the day when I was playing, if you had come out and said some of the things players say now, the old chip on the shoulder would have come out. That cost many players their careers

“I think conversations have to be had at home with parents and their children to give them an understanding of the subject of prejudice. We learn from our peers, our parents and people we socialise with. But if your parents or someone in a position of authority never puts you straight on things, that becomes your normal.”

Earlier this year, a teenage boy handed himself in to police after the former England and Arsenal striker Ian Wright also shared racist abuse he received online, writing: “I know I’m not meant to look at them but these messages still hit me so hard man. This is a child!!! This kid has a direct line into me and is able to send this without any worry.”

The messages included a number of racist terms and one read “if I get corona I will cough in your face”.

Show Racism The Red Card tries to reach 50,000 youngsters every year, going into schools to educate children about discrimination. Chief executive Ged Grebby believes social media companies need to do more, and that token gestures are not enough.

“We are lucky to have the support of Gareth Southgate and the England team,” he said. “We think football is a great way of engaging with young people and changing attitudes.

“If you look at football, some of the best footballers in Britain at the moment are Muslim and yet there is a huge growth of racism, Islamophobia and anti-Muslim prejudice. Using footballers like Mo Salah, we know he has had a big impact in Liverpool and using footballers to talk about what racism is, how it divides people, how it’s not just about skin colour, it’s about religion and culture is a key part of our message”.